They received the blessings of more than 500 leaders drawn from two constituencies.

• Machogu and Maangi were made Gusii elders.

• Machogu, the Nyaribari Masaba MP, exuded confidence that UDA team will carry the day in next week’s elections. 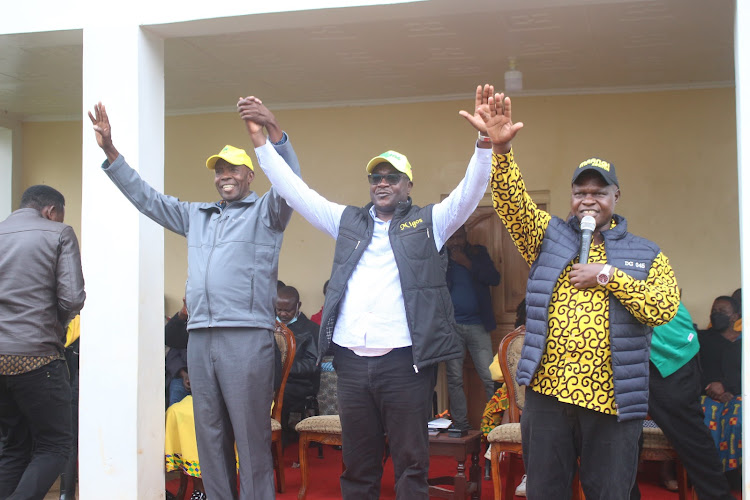 UDA candidates in Kisii have received a major boost after opinion leaders from Bomachoge Borabu and Bomachoge Chache constituencies resolved to back them.

The resolution was made after a day-long meeting at the home of Maangi, who has served two terms as outgoing Governor James Ongwae’s deputy.

Machogu and Maangi were made Gusii elders during the function at Riagongera in Bomachoge Chache.

“I want to thank you for honouring my invite and staying at my home for a whole day. I don’t take this for granted. I’m humbled by your endorsement, respect and responsibility bestowed upon me. I promise that this team will not let you down,” Maangi said.

Machogu, the Nyaribari Masaba MP, exuded confidence that UDA team will carry the day in next week’s elections.

“We have a formidable team that will deliver next week. We promise to serve the people of Kisii without discrimination,” he said. 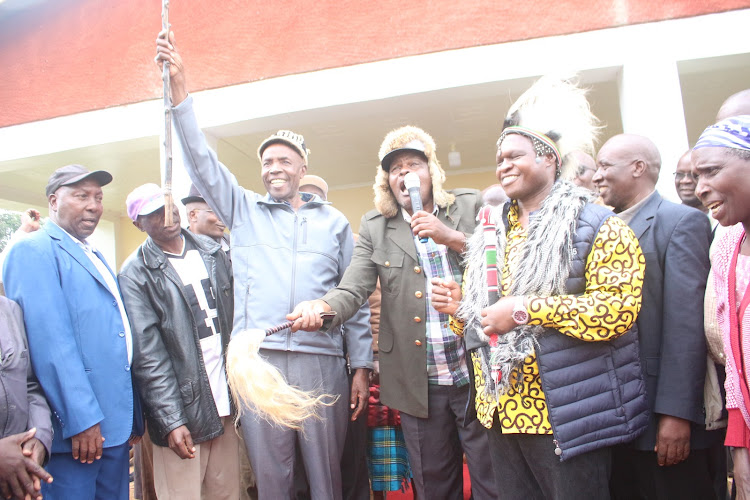 “We shall give equal opportunities and allocate development projects without discrimination,” Migos, a Nairobi-based advocate, said.

They also warned that any bid to interfere with next week’s election will be resisted.

On Tuesday, Azimio presidential candidate Raila Odinga appeared to broker a truce among the coalition’s candidates during a rally at Gusii Stadium. He asked Arati, Obure, Ongeri and Nyamweya to shake hands.

Political pundits opine that the vicious battle among Azimio candidates would give Machogu a head start in Tuesday’s polls.

In the battle for the senator’s seat Maangi will face Kitutu Chache South MP Richard Onyonka and former South Mugirango MP Omingo Magara in a race which is seen as a three-horse race.

In the woman representative seat race, Teresa Oyioka will battle it out with incumbent Janet Ong’era and Dorice Aburi.

However, the race is seen as a two horse race between Ong’era and Aburi. 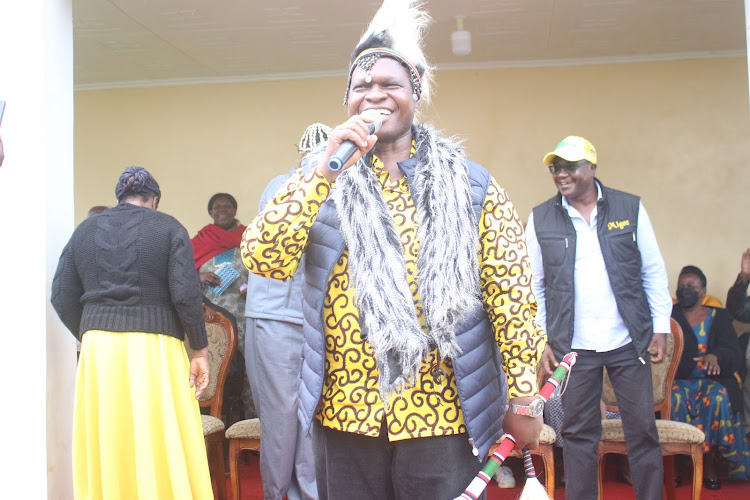 Machogu is seeking the Kisii County top seat on the UDA party ticket.
Counties
3 weeks ago

Lawyer and businessman Okeng’o Nyambane is overall leader of presidential campaigns in Kisii and South Nyanza.
Counties
4 weeks ago

Say the poll failed to capture the real picture on the ground.
Counties
4 weeks ago
“WATCH: The latest videos from the Star”
by ANGWENYI GICHANA Chief Correspondent, Nyanza Region
Nyanza
03 August 2022 - 22:00