Kalolo says they do not want county branded a violence hotspot. 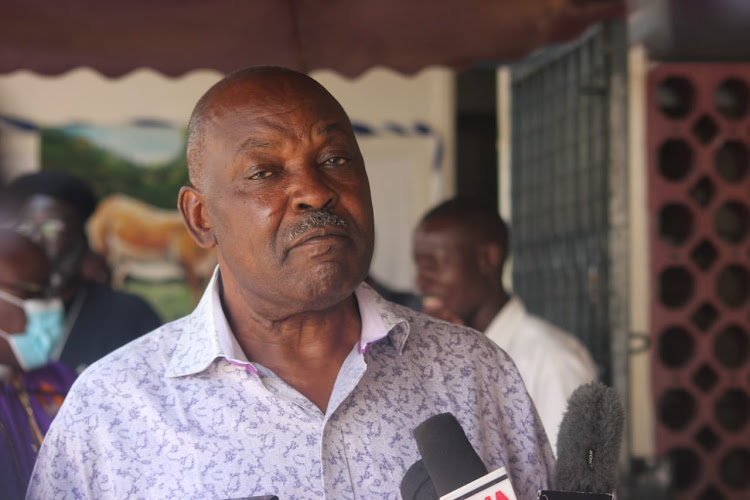 Kisumu county eminent persons committee is meeting governor candidates and other leaders for peace talks ahead of next week's election.

Committee chairperson Bishop Kasuku Kalolo said they have a duty to ensure the election is peaceful.

He said they do not want Kisumu branded a violence hotspot as has been the case in the past.

“We are here to make sure no bloodshed will be experienced and no property will be lost in Kisumu,” Kalolo said.

Ranguma is seeking to recapture the seat he lost in 2017, while Nyong'o is determined to defend it.

“That's why it's important for me to engage with the committee to give some thoughts on how to maintain peace in the county," he said.

Ranguma said everybody should carry out their duty diligently and play their role to ensure the peace is maintained.

"I would like to pursue peace at all times, even when it's not in my best interest because peace is what brings development and I am committed and keen about it,” he said.

Ranguma urged his supporters not to pay attention to utterances and propaganda that he will win and not be announced winner by the IEBC.

“I want to assure the people of Kisumu that I, Ranguma, will win this election and I will be announced in line with the rules of IEBC. I'm prepared to move with everyone else to ensure Kisumu remains peaceful,” he said.

Ranguma appealed to voters to turn out in large numbers to vote.

Ranguma urges Kisumu residents to give him another chance

It aims to ensure that all politicians maintain peace and unity before, during and after polls
Counties
1 month ago
“WATCH: The latest videos from the Star”
by FAITH MATETE Correspondent, Kisumu
Nyanza
01 August 2022 - 22:00
Read The E-Paper