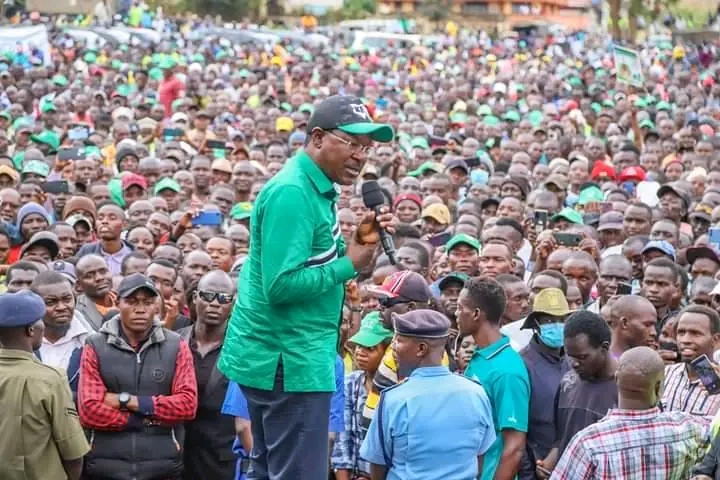 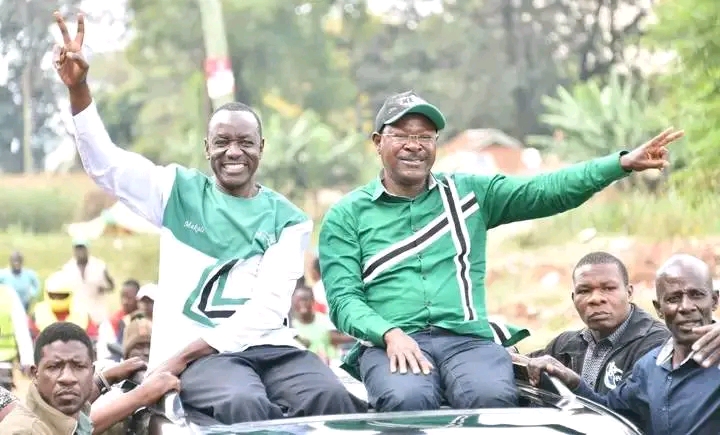 Wetang’ula is strongly backing Lusaka’s bid to become the Bungoma governor of Ford Kenya. Lusaka enjoys the support of over 35 MCAs allied to the Bungoma senator.

Wetang’ula is bitter with Governor Wycliffe Wangamati, Tongaren MP Dr Eseli Simiyu and Kanduyi MP Wafula Wamunyinyi because they staged a coup to remove him as the party leader.

Wetang’ula spoke at Bungoma Posta grounds on Friday during a Kenya Kwanza rally.

“Please, let us rally behind our own Ken Lusaka whom I have worked with as the senator and I also believe in him as a good leader who can deliver,” Wetang’ula said.

But Wamunyinyi argues that his DAP-K has put enough strategies to ensure Wetang’ula is defeated in the senatorial race.

“As DAP- K party we installed Bungoma deputy governor Charles Ngome in the position of the senator so that he can oust Wetang’ula. Weta is the one causing Bungoma to lag behind in development because he has been fighting Wangamati using his allies at the assembly,” Wamunyinyi said.

He said Governor Wangamati had delivered and needs another term to continue serving.

Wetang’ula said Ford Kenya and ANC hold a big stake in the Kenya Kwanza coalition, adding that through Ruto’s administration the region will revive the industries that are currently on their dead beds.

“We have discussed with Ruto and agreed that his government will inject funds at Nzoia Sugar and Mumias Sugar so that new machines are brought that can mill sugarcane to produce sugar,” Wetang’ula said.

He dismissed claims by Azimio la Umoja that they have revived Mumias Sugar Company, saying that it needs a new factory installed. He urged the region’s voters to choose Ruto as the next President of Kenya.

The senator said Kenya Kwanza has a plan of starting a tea factory in Mt Elgon that will open the economy of the region and create employment opportunities for the youth.

“Makali and others are the people we will work with to ensure that Nzoia comes to normal sugar cane grinding. Let us support him to win this seat very early in the morning,” he said.

Wetang’ula said the Kenya Kwanza government will set aside Hustlers Fund that will be spread to the ward level to support small business operators.

He faulted Azimio la Umoja presidential flag bearer Raila Odinga for claiming to be a Luhya in an attempt to woo Bungoma people to back his bid.

Governor Wangamati said that his track record speaks for itself, and appealed to voters to review the track records of candidates before casting their votes.