Sangira, an indepedent candidate, received the blessings of Kalisuria clan 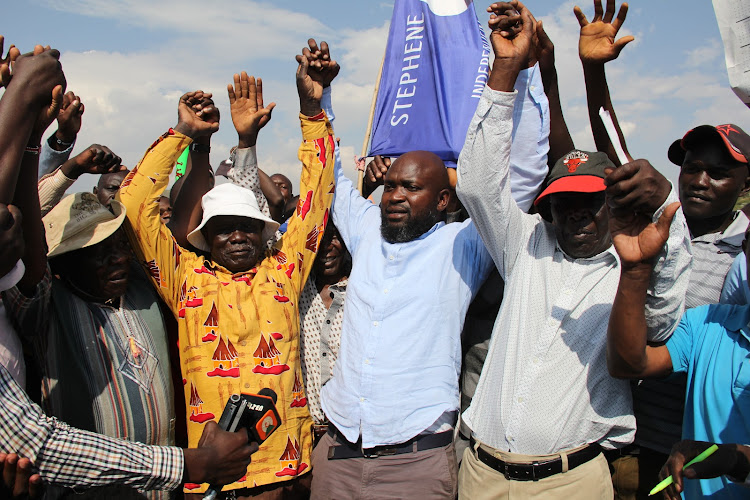 Stephen Sangira after his endorsement to vie for Suba South MP seat at Seka grounds on July 29, 2022.
Image: ROBERT OMOLLO

The race for Suba South parliamentary seat has taken a new turn after a clan endorsed independent candidate Stephen Sangira.

Sangira was last Friday endorsed by elders from Kalisuria clan which is the populous voting bloc in the constituency to replace the current MP and ODM national chairman John Mbadi.

Mbadi is not defending his parliamentary seat after he expressed interest to become Homa Bay governor only to bolt out following an agreement that saw the party hand over the ticket to Gladys Wanga.

ODM handed a direct ticket to Caroli who has been a long term political rival to Mbadi. The outgoing MP has served Suba South for 15 years.

Since Caroli took the party ticket and got Mbadi's support, it was assumed  the race would be walkover.

However, things changed last week when elders from Kalisuria clan made an about-turn and endorsed Sangira who hails from Kachuodho.

Mbadi hails from Kalisuria while Caroli comes from Kadibuoro clan.

Since 2007, Suba South constituency has been determined by clan inclination.

Kalisuria and Kachuodho clans have been collaborating to support Mbadi against Caroli’s Kadibuoro. This saw Mbadi get elected for three terms.

Last Friday, at Seka, Sangira’s candidature got a boost after the Kalisuria elders endorsed him. The elders, led by Benson Onjula, said their decision represents the voters from the clan.

“Members of Kachuodho clan have supported our son John Mbadi for MP for 15 years. It’s our time to return the favour by standing with Sangira,” Onjula said.

Alloys Obugo from Wagasi said they made a lot of consultations before joining Kalisuria clan and concluding to endorse Sangira. He said they want residents of Suba South to continue living in unity for economic prosperity.

“Time is coming when we will want the Suba South leadership to rotate among the clans comprising the constituency. For now we have proposed and settled on Sangira to succeed Mbadi,” Obugo said.

The elders said they want equal distribution of resources and development in the constituency. The elders asked for peaceful campaigns among the candidates.

Sangira said the endorsement has boosted his campaign morale and expressed confidence of winning the seat on August 9 election.

“Suba South has water scarcity, low electricity supply and bad roads as its major challenges. The endorsement has energised me and made me ready to win the seat and deliver services to residents,” Sangira said.

Mbadi has, however, asked residents of his constituency to stand with the party candidate who is Caroli.

He urged residents to vote for ODM candidates and Raila for presidency. 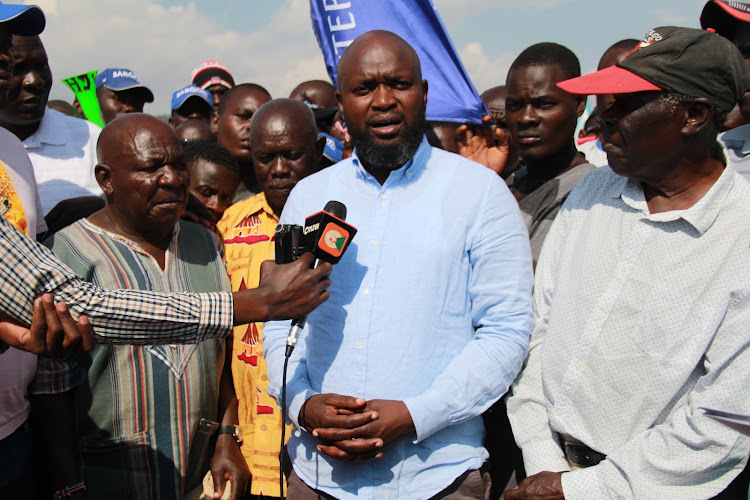 Azimio-One Kenya is a coalition with more than 20 political parties.
Counties
1 month ago

He urged residents to support ODM to boost its number in Parliament.
Counties
1 month ago

Mbadi disclosed that everyone escaped unhurt from the accident.
News
4 weeks ago

Political observer Patrick Agwagra says the strategy is aimed at countering rebellion in the region
Counties
3 weeks ago
“WATCH: The latest videos from the Star”
by ROBERT OMOLLO
Nyanza
31 July 2022 - 22:00