Wanjala says they will have armed police officers collect private guns at polling stations and return them to owners when leaving. 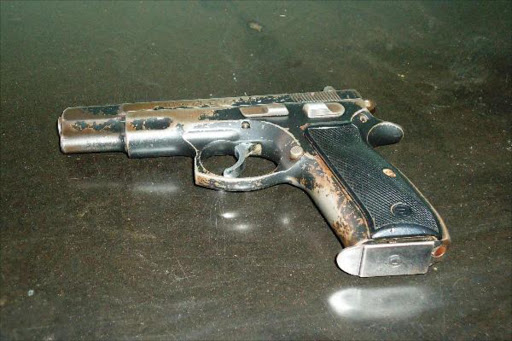 Police in Migori are planning to keep private guns out of polling stations on election day.

This is after two gun drama cases were reported during campaigns

Migori county police commander Mark Wanjala said they will have armed police officers collect private guns at polling stations and return them to owners when leaving.

“This will help avert violence and maintain peace during the election process. We want to assure the public that as police in Migori we have made enough plans for the day,” Wanjala said.

He was speaking on Friday in Migori town during a peace meeting organised by the International Republican Institute. The forum brought together civic organisations, clergy and opinion shapers.

Activist Omole Opinya, who convened the meeting, said they were alarmed after gun incidents were reported in Suna West and Nyatike constituencies during campaigns.

“We want peace and to have private gun owners compelled to maintain peace,” Opinya said.

On July 27, former Nyatike MP Edick Anyanga was arraigned in a Migori court over a gun drama.

The former legislator was involved in a gun incident that resulted in the alleged shooting and injuring of Justus Ochieng, 35, on July 23 midnight at Lwanda Konyango centre in Nyatike.

However, Anyanga did not take a plea when he appeared before senior principal magistrate Johnston Munguti.

This was after court prosecutor Tom Maatwa asked the court for an additional two weeks to forward the candidate’s file to the regional prosecutor for perusal.

Maatwa told the court that there were matters to be investigated further.

Anyanga’s advocate Paul Amuga told the court the suspect was arrested and arraigned before investigations were completed.

He told the court that Anyanga was supposed to be the complainant as he was the one who was attacked.

In another incident, Peter Nyangoche, a driver and private bodyguard to Suna West MP Peter Masara, was shot on Wednesday at 8pm.

Masara termed the attack "political" in an interview and urged police to investigate the matter.

“We have crucial leads following the Suna West incident as we are checking phone records and waiting for ballistics analysis from the bullet,” Wanjala said.

Wanjala said they have alerted owners of businesses selling alcohol to close shops on August 8 by 5pm to ensure maximum turnout on election day.

“We call on traders to comply with the order and ensure maximum voter turnout,” he said.

Wanjala also urged politicians not to give alcohol to youth and voters on the eve of election day.

Candidates sign campaign peace pact in Migori ahead of polls

He allegedly shot and injured Justus Ochieng, 35, on Saturday midnight at Lwanda Konyango.
News
3 weeks ago
“WATCH: The latest videos from the Star”
by MANUEL ODENY
Nyanza
31 July 2022 - 22:00
Read The E-Paper