Azimio-One Kenya is a coalition with more than 20 political parties.

•According to Mbadi, Nyanza among other regions such as of Coast, some parts of Western, Rift Valley and Nairobi were secluded for the ODM party.

•The popularity of the political parties in a given region was given consideration. 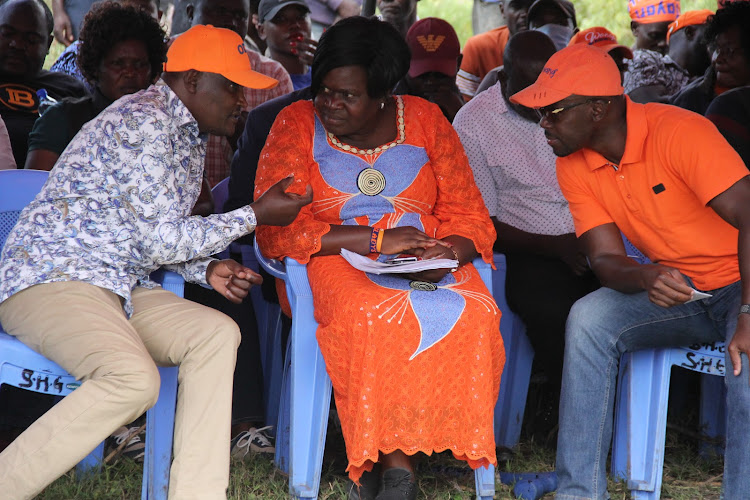 ODM national chairman John Mbadi has called on Nyanza residents to support the party candidates as the region had been zoned for them.

Azimio-One Kenya is a coalition with more than 20 political parties.

According to Mbadi, Nyanza among other regions such as of Coast, some parts of Western, Rift Valley and Nairobi were secluded for ODM party.

Popularity of the political parties in a given region was given consideration.

The zoning was meant to prevent sibling rivalries and increase the chances of winning for candidates from parties within the Azimio-One Kenya.

Mbadi who is among the people spearheading the campaigns of Azimio-One Kenya coalition party presidential candidate Raila Odinga in Nyanza said the region was left for ODM candidates.

“It’ll be prudent for Nyanza people to make an informed choice when voting for political candidates on elections day. This region was left for ODM due to its popularity,” Mbadi said.

Nyanza ODM candidates are facing strong competition from their colleagues whose parties are affiliated with Azimio-One Kenya.

In Homa Bay, Tom Ojanga of KANU is facing ODM’s Kajwang for the senate seat while Osogo is competing with Mary Ojode of DAP-K for the woman representative seat.

Such competition is also being witnessed in the MP and MCA seats.

In Siaya, James Orengo (ODM) is against UDM’s Nicholas Gumbo for governor seat while in the senate seat Oburu Oginga (ODM) is facing MDG’s James Wamban and Oscar Omondi of DAP-Kenya.

Sella Ayimba of MDG is competing with ODM’s Christine Ombaka in the woman rep race. 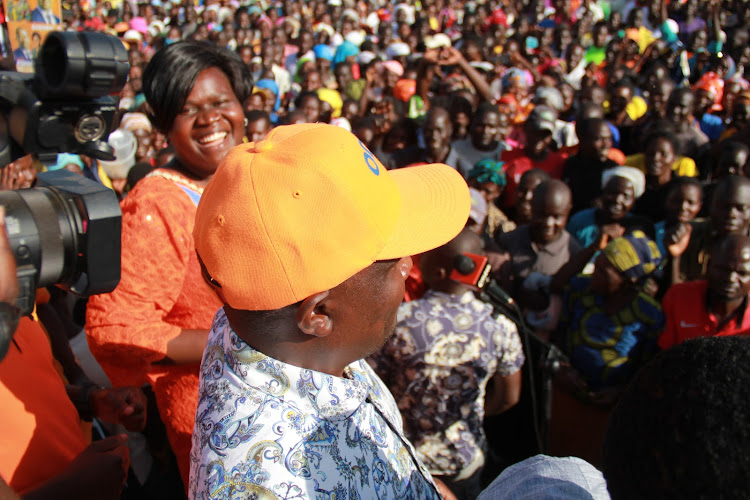 Kisumu Governor Anyang’ Nyongo is defending his seat on ODM ticket against Jack Ranguma of MDG.

Ruth Odinga of ODM is running against Valentine Otieno of MDG for the county woman representative seat.

In Kisii, Simba Arati of ODM is fighting it out with Sam Ongeri of DAP-Kenya and Chris Obure (Jubilee) in the governorship race.

While the senate seat has attracted Richard Onyonka (ODM) is competing with Omingo Magara of Jubilee.

The same is happening in Nyamira where Timothy Bosire (ODM) is against Reuben Marwanga (Jubilee) for the governor's seat.

Mbadi asked residents to stop saying ‘Gini wasekawo’ (we have already won) and instead turn out in large numbers and vote for Raila.

The Suba South MP and Kisii Governor James Ongwae are tasked with mobilizing Nyanza residents to vote for Raila.

“Our people must avoid unnecessary remarks which create voter apathy before elections day. Raila will win presidency only if you turn up and vote him,” he added.

Wanga said Raila has fought for many reforms in Kenya making him befit the president.

The Homa Bay woman representative asked residents to elect her as governor on grounds that she will deliver on campaign pledges.

Wanga is competing against Evans Kidero in the Homa Bay governor race.

“Homa Bay people should vote in one ODM basket. Six-piece will ensure a smooth running of government,” Wanga said.

Kajwang argued that ODM candidates have a better development agenda for the Homa Bay people. Kajwang is defending his seat for the third time. 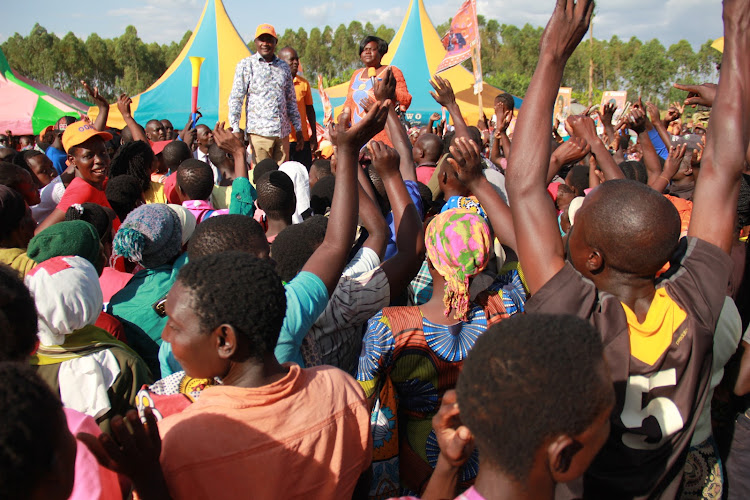 The senator defended the party National Elections Board (NEB) for handing them free tickets saying it was a way of avoiding violence in nominations.

“ODM should not be bad when it denies you a ticket. Let’s be appreciative all the time,” Kajwang said.

Wanga’s running mate Oyugi Magwanga argued that they have adequate experience to deliver on development projects they are promising Homa Bay people. Magwanga was a former MP for Kasipul.

“We’re the representative of Raila on the ground hence we cannot fail you after you elect us. Our work experience is also an indication that we befit the job,” he said.

He said this will ensure that the ODM Party carries the day in Mombasa.
Counties
6 months ago