He urged residents to support ODM to boost its number in Parliament.

•Mbadi, who is also the ODM national chairman, said as a party, they count on their strongholds

•He said they are relying on Nyanza counties to bolster their numbers in parliament.. 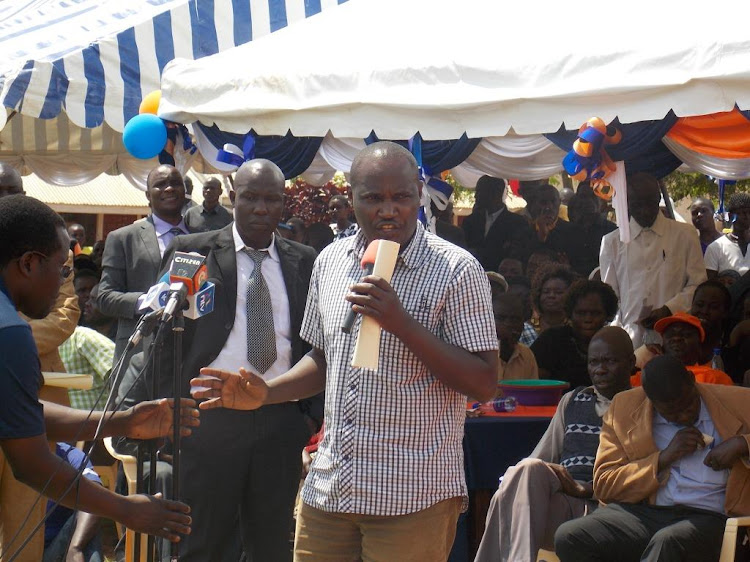 Suba South legislator John Mbadi has called on the Nyanza region to only vote for Orange Democratic Movement (ODM) candidates in the coming polls.

Mbadi, who is also the ODM national chairman, said as a party, they count on their strongholds of Homa Bay, Migori, Kisumu and Siaya counties to have more elected leaders.

“We are among those leaders, as a minority leader in the national assembly, who pushed for the Azimio coalition. But at long last, we won’t kill ODM which should emerge strong among the other 26 parties,” Mbadi said.

He said they are relying on Nyanza counties to bolster their numbers in parliament.

“We even left the Trans Nzoia governor seat to our DAP-K, some regions don’t even have ODM candidates and it’s only in our backyard where we still have problems. Where do you want us to go?” Mbadi posed.

He said the nomination process might have brought bad taste to most voters, but they need to reflect and still back the party.

He said he also sacrificed his ambition to support Woman Representative Gladys Wanga for the governor's seat.

“You can’t be more annoyed by ODM nominations than me. Even as a party chairman, I backed off after I used resources and here I am still pushing our party agenda,” Mbadi said.

“All Azimio luminaries including our deputy Martha Karua have their parties. When we will meet to form the next government, we need to have a voice at the table,” Mbadi said.

He was speaking in Migori county on Friday during a campaign tour in Kaler, Muhuru Bay, Got Kachola and North Kadem wards in Nyatike constituency hosted by Migori senator Ochillo Ayacko who is the ODM governor candidate in the polls.

“We call for maximum voter turnout next month to ensure Raila's presidency at the ballot and we get all seats in our region for the ODM party,” Ayacko said.

Their sentiments were shared earlier by Suna West MP Peter Masara who during a function to open a classroom built by NG-CDF in Nyamome Primary School said as a party they will push through their agenda in the region.

“Azimio is like a homestead of a polygamist, in the evening each child goes to a mother’s house, our house is the ODM party,” he said.

He said this will ensure that the ODM Party carries the day in Mombasa.
Counties
6 months ago