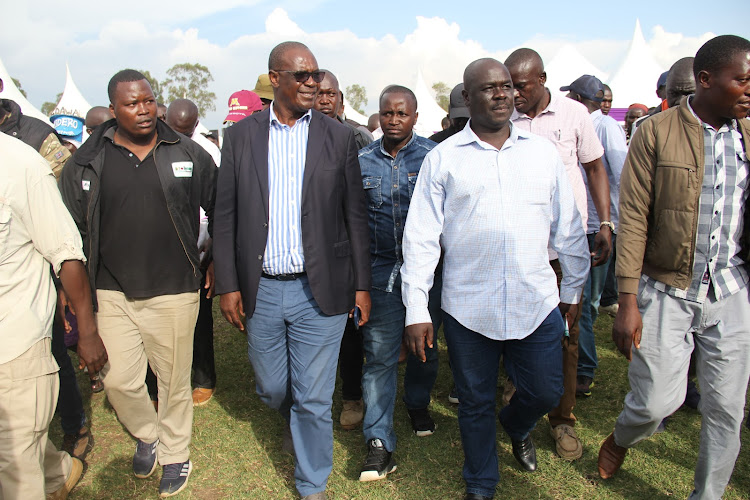 The move is aimed at winning back the support he has been enjoying among the residents after Azimio la Umoja One Kenya Coalition party presidential candidate Raila Odinga publicly endorsed ODM governor hopeful Gladys Wanga.

On Wednesday, Kidero met all his campaign coordinators in the eight constituencies in Asumbi, Rangwe where they strategised on how to win the August 9 polls.

The former Nairobi governor then moved to Ndhuru beach in Lambwe ward in Suba North constituency where he sold his eight-point agenda.

“I have the capacity to build a fish factory in Homa Bay to reduce losses for our fishermen. Such a facility will create more job opportunities and value addition,” Kidero said.

At Kotieno Ojowa and Rodi Kopany market in Homa Bay Town, Kidero cautioned residents against getting hoodwinked by party politics and electing bad leaders instead of development-oriented individuals.

He said he would also improve the health service and ensure he revives the collapsed cotton industry in Homa Bay.

“We must take back Homa Bay to its former glory by voting the right governor. The county can't be celebrated anymore despite being the headquarter of the Southern Nyanza region at independence,” he said.

“We're all supporting Raila for president so each candidate should tell you what they have done and what they will do if they are elected,” he said.

“The forthcoming election is about salvaging Homa Bay from where it's stuck in development. We want Governor Awiti to retire honorably. Let him not direct us on who vote for because we know his interest,” Kale said.

Another politician Jared Kajomo expressed confidence that Kidero will win the governor seat.

“Governor Awiti was voted twice on the ODM ticket but we didn't get the development we needed. We can't repeat the same mistake because political parties don't do development,” Kajomo said.

Apart from Kiredo and Wanga, Mark Rabudi of UDA is also in the race to succeed Governor Cyprian Awiti.

“They are my foot soldiers who will help me in governance after we win the presidency. ODM will also remain strong if we adopt a six-piece voting pattern in Homa Bay,” Raila said.

The Azimio brigades toured Oyugis, Kendu Bay, Magunga, Ndhiwa and Homa Bay town where they urged residents to turn out in large numbers and vote for Raila and ODM candidates on elections day.

Ahead of their visit, the popularity of Kidero had been rated high with the majority of residents accusing Governor Awiti of underperformance and misuse of resources.

Residents argued that Wanga will continue with the leadership style of Awiti especially after the governor endorsed her to succeed him.

“I would be happy to handover leadership to Wanga so that she can complete the projects my administration initiated,” Awiti said.

Raila's team appeals to candidates to drop out and not split the vote.
Counties
7 months ago

Kidero to impose taxes on cane sourced outside Homa Bay

He says move is to protect farmers and reduce acres of the crop that dry up in farms.
Counties
7 months ago
Post a comment
WATCH: The latest videos from the Star
by STAR CORRESPONDENT
Nyanza
08 July 2022 - 22:00
Read The E-Paper