It aims to ensure all politicians maintain peace and unity before, during and after general elections.

•NCCK Nyanza region chairman David Kodia said the church mobilised the community to develop the manifesto and charter to ensure the elected leaders are accountable.

•The initiative, Kodia said, targets to enhance transparency and accountability in electoral and democratic processes to build a peaceful and cohesive nation. 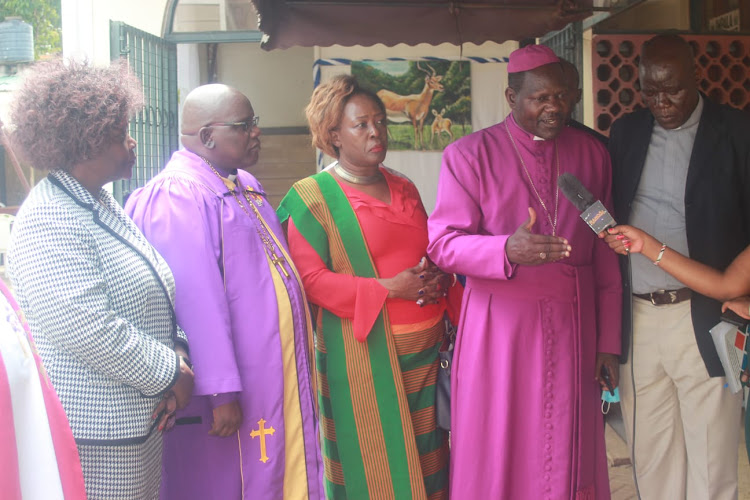 ACCOUNTABILITY: National Council of Churches in Kenya Nyanza region coordinator David Kodia of Bondo ACK with a section candidates from Kisumu during the signing of peace and manifesto charter on Wednesday.
Image: MAURICE ALAL

Candidates for political seats in Kisumu have signed a peace charter ahead of the August 9 polls.

The charter outlines the needs and expectations of the people which the leaders should deliver if elected.

It aims to ensure all politicians maintain peace and unity before, during and after the general elections.

The initiative was rolled out by the National Council of Churches of Kenya, Kenya Conference of Catholic Bishops, Elections Observation Group, Kenya National Commission for Human Rights and the Independent Medical and Legal Unit.

NCCK Nyanza region chairman David Kodia said the church mobilised the community to develop the manifesto and charter to ensure the elected leaders are held into account.

The initiative, Kodia said, targets to enhance transparency and accountability in electoral and democratic processes to build a peaceful and cohesive nation.

He said the initiative sponsored by USAID targets to reach out to the other aspirants to sign the documents as a sign of commitment to delivering on the community aspirations.

Kodia said Kisumu has in the past had a bad name and listed as a volatile area which all stakeholders are out to correct through peace initiatives.

“We have come together to help change that scenario through peace, unity and political tolerance to ensure we are appreciated as civilised people,” Kodia said.

He said the projects and aspirations of the community detailed in the manifesto will create a peaceful and economically viable county to spur development for the benefit of future generations.

The cleric said the manifesto details health, infrastructure, security, education and food security to build strong structures for the county.

“The signed manifesto will help us achieve a Kisumu that is peaceful, secure, economically and socially viable which provides equal opportunities to all its residents,” Kodia said.

He said the initiative was set to sustain the prevailing peace in the area and change the narrative that the county was a violence hotspot.

“We want to see our airport busy flying in visitors and investors to come and help us build our county. We need to make good use of the facility to its maximum potential,” Kodia said.

Kodia, who is also the Anglican Church of Kenya Bondo bishop, called on the IEBC to ensure they conduct free, fair and credible polls.

“It is now upon IEBC to deal with cases of electoral malpractice,” he said.

He told the commission to address the various issues raised by the candidates and parties to ensure the elections are free and fair.

The bishop cited cases of digital and manual systems in which the presidential candidates have raised concerns to be looked into and a solution found before the county goes to the polls.

Kodia urged the candidates to campaign peacefully and embrace tolerance to curb violence that has in the past dogged the area.

He lauded the politicians who turned up in person and those who sent representatives to sign the charter.

He says they have taken an oath that they will conduct themselves with all civility and honourably.

“This oath tells them that in the unlikely event they lose the elections, it must be seen that you have lost fairly and rightly,” he said.

He said those who will feel to have lost unfairly then will proceed to court to seek redress and not engage in any form of violence to push their course.

Ranguma, who is seeking to recapture the seat from Governor Anyang' Nyong’o on the Movement for Democracy and Growth party, commended the initiative saying it will promote peace.

He said it will go a long way to build a secure, inclusive and development-conscious county.

“I am glad that most of the issues detailed in the document are part of my plans when I am elected into office. We shall polish the document to ensure that all the aspirations of the community are captured,” he said. 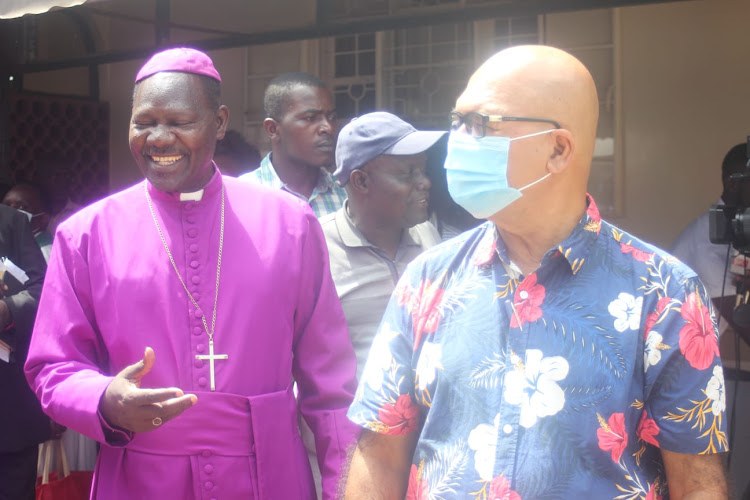 National Council of Churches in Kenya Nyanza region coordinator David Kodia of Bondo ACK with a section candidates from Kisumu during the signing of peace and manifesto charter on Wednesday.
Image: MAURICE ALAL

They pledged to be peace ambassadors before, during and after the August 9 election.
News
3 months ago

Ruto lauds Raila for committing to to accept poll outcome

He said Kenyans must be assured of their peace after the election.
News
3 months ago

They urge Kenyans to practice mature politics that will safeguard interests of all.
Counties
3 months ago