Wajackoyah: If you can't vote me, vote Raila

“I have roots in the Luo community and we must respect Raila."

•He said he was the best candidate to help fix the country’s dwindling economy which will in return lower the high cost of living.

•Wajackoyah, who was accompanied by his running mate Justina Wamae, spoke on Monday in Kisumu where he took his campaigns. 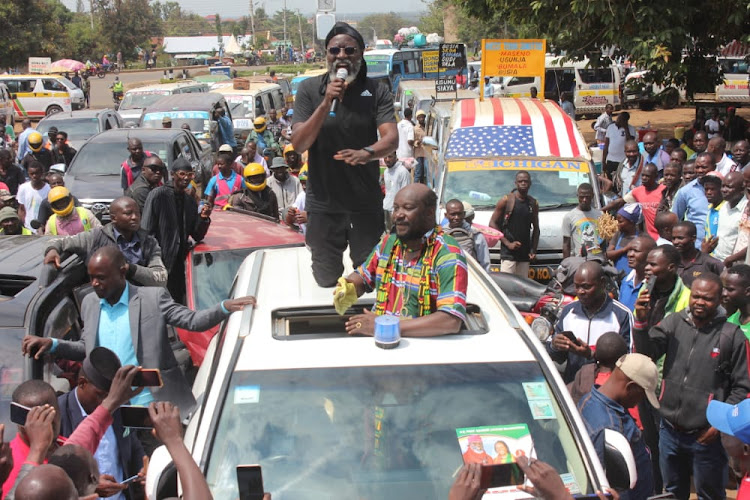 Roots party presidential candidate George Wajackoyah has called on Kenya to consider him for the presidency and if not, they should rather vote in Azimio flagbearer Raila Odinga.

The first time presidential candidate took issues with politicians fond of insulting Raila and calling him names saying such behaviours are unacceptable.

“I have roots in the Luo community and we must respect Raila. If you don’t vote for me then you would rather vote for him,” he said.

Wajackoyah, who was accompanied by his running mate Justina Wamae, spoke on Monday in Kisumu where he took his campaigns.

He took the lakeside city by storm as hundreds of supporters thronged the CBD to welcome him.

During the tour, he pledged to tackle the high cost of living bedevilling Kenyans if elected.

The Roots Party leader said he is the best candidate to help fix the country’s dwindling economy which will in return lower the high cost of living.

Wajackoyah’s entourage made various stopovers through the City’s CBD from Jua kali to Kondele and Manyatta estate before winding up campaigns in Kondele.

He reiterated his calls for bhang farming which according to him will help fix ailing Kenya’s economy.

“When elected I will legalise marijuana farming as it will increase the country's revenue and create more jobs for unemployed youth. A 50 Kg of bhang goes for $350 and will fetch a lot of money to repay the Chinese loans,” Wajackoyah said.

He urged Kisumu residents to vote for him in the August 9 general election. 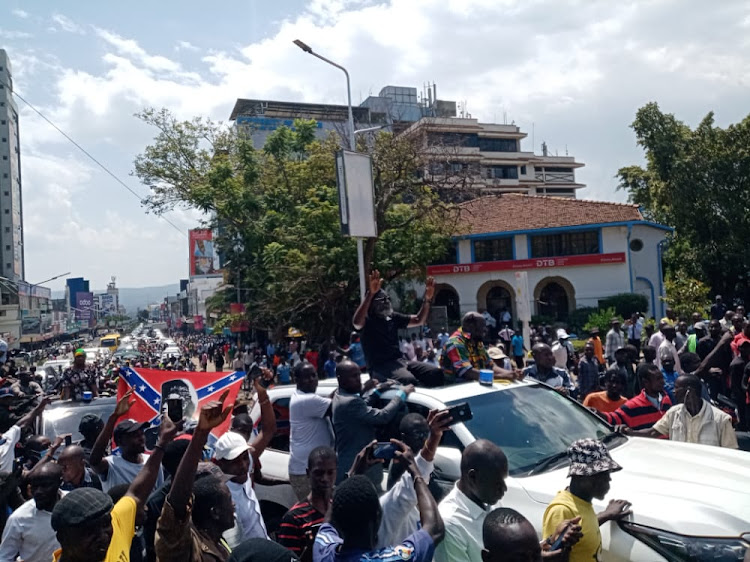 The Roots party leader also promised that he will transform Kenya's economy into a 24/7 hour economy to create more jobs in the country.

“My administration will ensure a 24/7 hour economy where people will work on an eight-hour basis,” he added.

The presidential candidate also spoke on snake farming which he said is a multibillion business venture whose potential should be fully exploited.

“We are aware how snake farming has the capacity to fetch billions to the country’s revenue basket. The snakes have a lot of medical products that can help benefit the country if well invested in,” Wajackoyah said.

He pointed out that a gram of snake venom costs more than $120. Wajackoyah said his government will grow bhang on the several hectares of Chemeili, Miwani and Muhoroni Sugar company's nucleus estate for export.

Apart from bhang, he said he will export dog and snake meat to China and other countries abroad to help increase the country’s revenue. 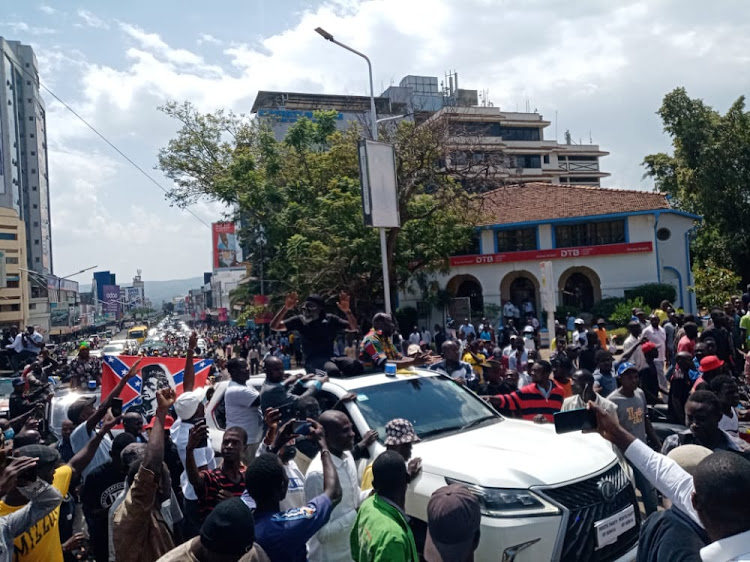 “This will help address the challenges we are facing and pay the country's debts,” he said.

He stated that he will also prioritise addressing youth unemployment.

“We will ensure we have Chinese citizens who have taken jobs in the country deported if elected. We have qualified people in this country to do those jobs,” Wajackoyah said.

He added that he will deal firmly with corrupt individuals and seal all the loopholes to ensure public funds are used prudently.

“In China, if you are corrupt you’re being hanged while in Japan you hang yourselves yet in Kenya you get elected to parliament living Kenyans to continue languishing in poverty because of corruption,” Wajackoyah said.

He said the riders will be absorbed in actualising his 24-hour economy initiative
News
1 month ago
WATCH: The latest videos from the Star
by MAURICE ALAL Correspondent, Nyanza Region
Nyanza
28 June 2022 - 02:06