"You can burn the book but you cannot burn the message in the book."

•This comes as a group of youths were captured in a video burning the book in Kondele on Monday.

•Babior said the youths attacked those who were ferrying the books to Alabaman hotel ahead of the book tour event on Tuesday. 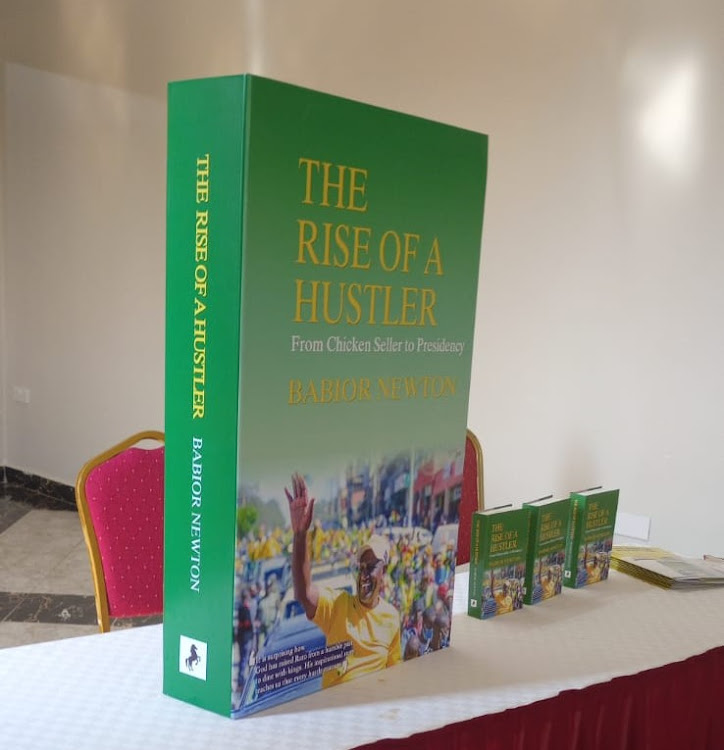 Deputy President William Ruto’s biography author Babior Newtown has condemned the burning of a book titled The Rise of a Hustler by a group of youths in Kisumu.

This comes as a group of youths were captured in a video burning the book in Kondele on Monday.

He termed the incident as democracy on trial. Babior said, “You can burn the book but you cannot burn the message in the book”.

Babior claimed the youth attacked those who were ferrying the books to Alabaman hotel ahead of the book tour event on Tuesday.

“I can’t tell who tipped the group that the books were being ferried, making them impound and burn them. This is an unacceptable act,” he said.

Babior said about 600 people were invited to attend the book tour event before heading to Nandi county for a similar event.

In the video, the youth said, “Today, as we were relaxing some people, came here to distribute books that tarnished the name of Raila Odinga. He has fought for our democracy and we say no and no to people out to tarnish his name”.

"We have decided to burn the books and we have burnt them all.”

Even though the incident has not been reported to the police for action, he urged the youth to shun violence and criminal activities, especially during the election period.

“I will report the incident to the police for investigations,” Babior said.

He noted that he was not in Kisumu when the incident occurred.

“I have just landed at the airport where I was informed that the books have been burnt. The event has been cancelled,” he said.

Babior noted that politics should be a competition of ideas and not wars.

“In the end, whoever wins the presidency will be a Kenyan. So it should not be a matter of life and death,” he said.

Babior, however, dismissed claims that his team were dishing out the books and money to woo them to vote for Ruto saying such were malicious allegations.

He said he has sold more than 2,000 copies following a successful launch at the Village market by politicians

Time and chance brought Ruto and I together — Nelson Havi

Says before joining UDA on November 12, 2021, he had made inroads to ODM the preceding two weeks
Siasa
1 month ago

He was a cleaner in Kariobangi South when he started writing
WordIs - Page 19
2 months ago
WATCH: The latest videos from the Star
by MAURICE ALAL Correspondent, Nyanza Region
Nyanza
28 June 2022 - 01:46