Police hunt for suspects who assaulted pregnant woman in Kisumu

She reported the matter at Kisumu Central Police Station.

• Jackline Atieno claimed that she was allegedly assaulted at Joel Omino in Nyalenda estate by persons known to her.

• She said she sustained injuries on the abdomen and back 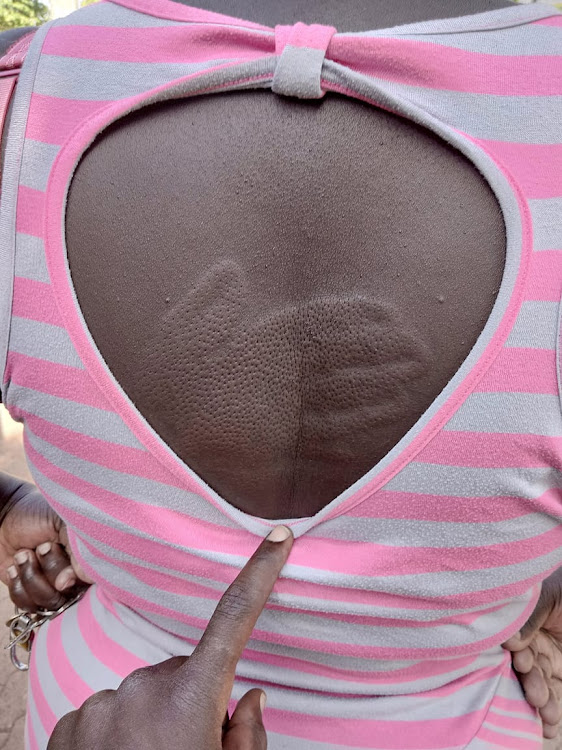 Police are pursuing the suspects who allegedly assaulted an expectant mother in Kisumu.

Jackline Atieno claimed that she was allegedly assaulted at Joel Omino in Nyalenda estate by persons known to her on May 12, 2022.

She reported the matter at Kisumu Central Police Station.

Atieno said she sustained injuries on the abdomen and back, according to a medical examination report seen by the Star.

Maina said they are keenly pursuing the case to ensure perpetrators are arrested and charged.

"We are in the tail end of the investigations and at any time the suspects will be arrested. We must do a thorough investigation," he said.

Maina pointed out that the complainant has been issued with a P3 form and other necessary support required from the police.

This comes amid public uproar from human rights activists questioning delays in arresting the suspects linked to the alleged assault.

They demanded justice for Atieno, saying police should do a thorough investigation to ensure culprits face the full force of the law.

It follows mass shootings last month at a supermarket in Buffalo, New York, and a primary school in Uvalde, Texas
News
7 months ago

As it was virtual, survivors were speared from being in the same room as perpetrators
News
7 months ago

Under Page's guidance, Wales also reached the last 16 of the Euro 2020 finals, which were delayed until 2021 due to the Covid-19 pandemic.
Sports
7 months ago
Post a comment
WATCH: The latest videos from the Star
by MAURICE ALAL
Nyanza
24 June 2022 - 11:50
Read The E-Paper