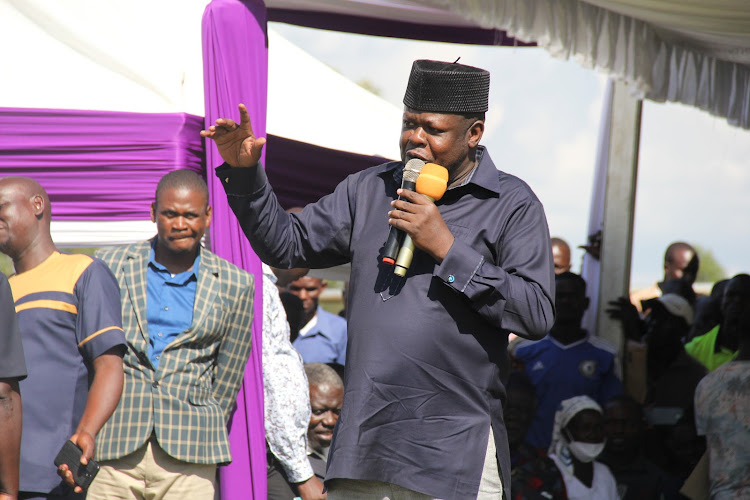 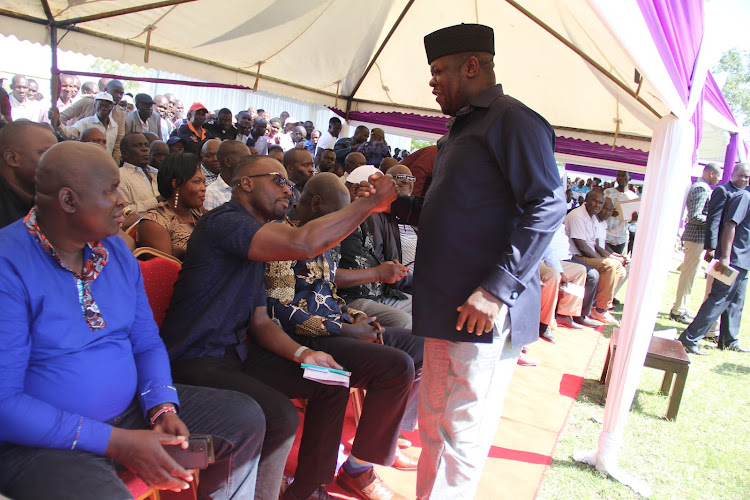 He singled out Homa Bay Senator Moses Kajwang, who is defending the seat on ODM ticket, and Kenneth Kambona an independent candidate.

Kajwang has been holding campaign rallies alongside ODM governor candidate Gladys Wanga and the party’s woman representative nominee Joyce Osogo. The trio are pushing for a six-piece voting pattern.

Kajwang has been drumming up support for Wanga, saying she has experience and the ability to develop Homa Bay people.

He argues that Wanga has shown good leadership as chairperson for the finance committee in the National Assembly.

“Wanga has performed well in the finance committee of the National Assembly. I think she will do a good work as governor,” Kajwang said during their meeting with teachers in Mbita town, Suba North constituency.

Kambona has also been attending rallies organised by governor hopeful Evans Kidero. Kidero is running on an independent ticket.

Both Kajwang and Awiti have been elected twice.

“Homa Bay people need fresh leaders as governor and senator. Kajwang should retire with Governor Awiti because they have refused to transform Homa Bay,” Kambona said.

But Ojanga argues that Kajwang and Kambona cannot undertake their oversight role effectively should they get elected on grounds that they are supporting governor hopefuls in their campaigns.

“Senators are trustees of the electorate due to the oversight role they undertake in the Senate. Both Kajwang and Kambona cannot guarantee Homa Bay people a serious check of their funds if they get elected,” Ojanga said.

On Monday, Ojanga urged residents not to elect either Kajwang or Kambona.

Ojanga claimed that electing Kajwang and Wanga will be detrimental to Homa Bay because they will not deliver to the people.

Jack Aloo of Narc and Evelyn Atieno of DAP-K are also seeking the senator's seat.

“Let all senator contenders in Homa Bay campaign on their own so they can build trust of the people. People shouldn’t vote for a senator they know will sleep in bed with the governor,” he said. 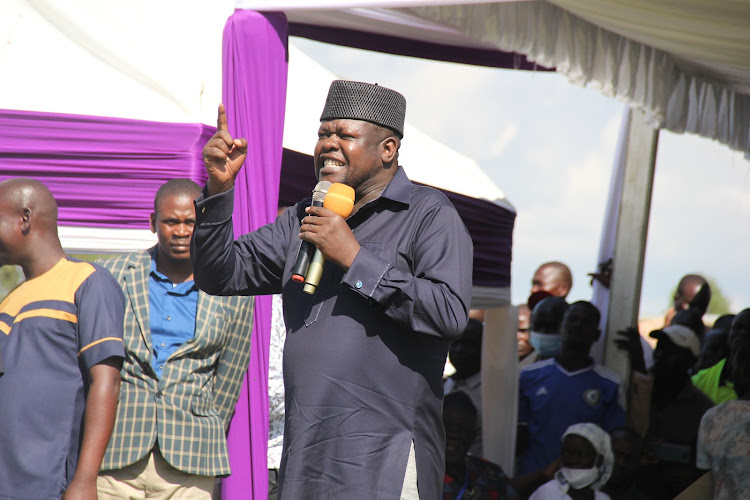 Wanga: I will not inherit Awiti’s cabinet ministers

This, she said, will make Odinga's Presidency stronger should he win the August polls.
News
1 month ago

Says challenges are due to bad leadership of current administration under Governor Cyprian Awiti.
Nyanza - Page 29
2 weeks ago
“WATCH: The latest videos from the Star”
by ROBERT OMOLLO
Nyanza
21 June 2022 - 22:00