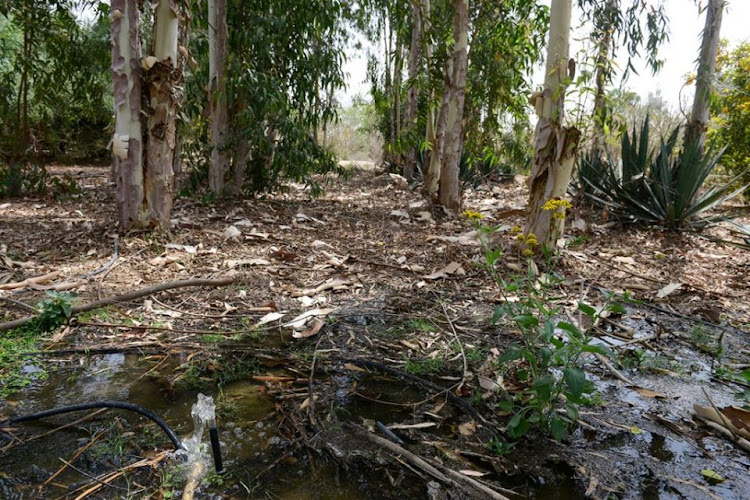 Nema has urged Kisii residents to take advantage of the rains pounding the region to plant  indigenous trees.

National Environmental Management Authority board member Samuel Nyangeso said many water catchment areas in the larger Gusii are on the verge of extinction due to the presence of eucalyptus trees.

"The campaign to have these water consuming trees has to be kept alive if we are to have a water secure future for the coming generations,” said Nyangeso, a former Kisii town mayor.

The two Gusii counties - Kisii and Nyamira – are already experiencing drastic water reductions in rivers due to the effects of the blue gums.

In Kisii,  though the county assembly has already passed laws outlawing the planting of the trees along river banks, residents are yet to stop.

River Gucha drains into Lake Victoria and depends on tributaries such as Kebacha and Riana to boost its water volume.

Some of the tributaries are fast drying up.

Nyangeso said the future will not be safe if no efforts are made to prevent a crisis.

He especially told the residents not to mock the efforts being done to have the trees replaced from the river banks and near streams.

"If you look around here, for instance, there are blue gums in that water catchment area and in the coming ten years the entire ecosystem will be altered because of these. This is why we continue to tell our people to be positive with this call to lean towards indigenous trees and if they are desperate for them, they can do so on the hills,” the former mayor said.

He spoke at Nyabundo area in Kitutu Chache North during a Seventh Day Adventist church function on Friday.

He told the congregants to follow the political direction the President has given the country.

“All of us have seen where our President wants this country to go. He has very honest and good intentions for this country and so let us support Raila Odinga in his quest for the presidency,” he told the residents.