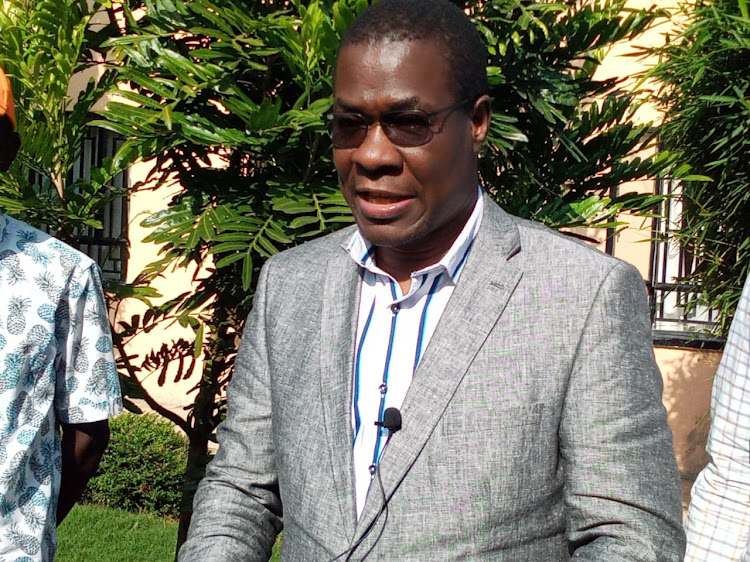 ODM Secretary of Political Affairs Opiyo Wandayi on Sunday urged nominees of the party to stop ruffling feathers with their partners in Azimio.

His sentiments demonstrated an element of a party that is changing tune from its hardline stance on the six-piece voting pattern to one that embraces affiliate parties and independent candidates.

"It is our duty to promote our party without necessarily offending our coalition partner parties," he said.

"It is our duty as ODM members to campaign and ensure that we get the maximum number of seats and emerge stronger," Wandayi said.

He added that no ODM nominee should be shy or regret campaigning for the party.

He thanked the people of Siaya for believing and continuing to support Odinga ahead of the polls.

Nyanza, a historically ODM bedrock, has lately been witnessing the mushrooming of alternative parties and independent candidates.

The emergence of these parties has been attributed to the alleged shambolic ODM primaries.

Currently, ODM nominees are not sitting pretty as rivals give them a run for their money.

In Siaya, the home county of the ODM leader, the current gubernatorial race is fiercely being fought between ODM's James Orengo and United Democratic Movement's Nicholas Gumbo.

In Kisumu, Jack Ranguma of the Movement for Democracy and Growth is seeking to dislodge ODM's Anyang Nyong'o.

The trend is similar in nearly every other county where ODM has enjoyed huge backing over time in all the contested seats.

Kidero, Ranguma and Gumbo have all been drumming up support for Odinga's presidency.

Meanwhile, Wandayi suggested that a life sentence be the penalty for those who are faking degree qualifications.

"To act as a deterrence, once parliament resumes, we will propose a necessary amendment to the penal code to provide for life sentence when one is convicted of buying, faking or fraudulently acquiring a degree certificate," he said.

He observed that the future of a whole generation might be ruined if the issue is left unchecked.

He also asked relevant state urgencies to expedite investigations and have culprits put behind bars.

Wandayi wants the next governors in Luo Nyanza to think again about the place of healthcare after 10 years of devolution.

"Healthcare in our counties is in a sorry state. Counties must come up with new strategies to deal with the issue as a matter of urgency," he said.

He noted that healthcare as a devolved function has collapsed because there are no necessary medical equipment, personnel and drugs to help the sick.

Wandayi foresaw that the people are likely to give up on devolution if the trend continues.

Party boss says politics is about democratic competition, not restricting opponents.
Counties
1 week ago
“WATCH: The latest videos from the Star”
by JOSIAH ODANGA
Nyanza
20 June 2022 - 22:00