Lawyer wants Nyamira probed for diversion of funds to campaigns

Danstan Omari blames underdevelopment in the county on diversion of money 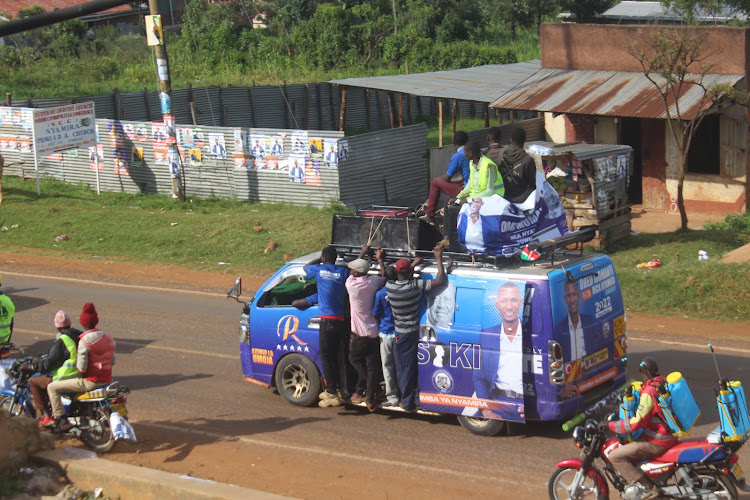 Money for development in Nyamira county has been squandered and used as handouts during the campaign period, a city lawyer has said.

Omari spoke on Saturday at Kenyerere SDA church in West Mugirango constituency. He called upon investigating agencies to consider checking the development records in counties and constituencies to establish how the funds were used, failure to which he will file a petition over the same.

“We elected leaders to office and we gave them the mandate to handle our money, but they diverted the resources for their own benefit. They are now going around campaigning and we are fully convinced that they are using the resources that were not put to the right use of developing our areas,” Omari said.

Omari said he will file a petition to have all the leaders investigated and charged if found to have misused public resources. Constituencies and counties were established to benefit the residents and not a few individuals who are in power, he said.

The lawyer said there was a need to ensure zero tolerant to corruption especially in Nyamira county and West Mugirango constituency, where funds have been squandered.

“We want to ensure zero tolerance to corruption in our areas. We will demand an audit of all the companies that have been awarded various tenders in Nyamira county and West Mugirango constituency. Among the issues we are placing before the residents of Nyamira is that the money that was stolen from us is being used to campaign for the August general elections,” the city lawyer said.

Omari said if all the leaders cannot be held accountable for the money they are given by the national government to develop the counties and constituencies, then the residents will keep suffering.

“This should serve as a warning to all the leaders who are seeking elective positions in the country because the level of corruption in our devolved unit has been so high and that way there is no way we can be able to develop our areas,” he noted.