Mogaka says often people vote for the sake of voting but then see no development. 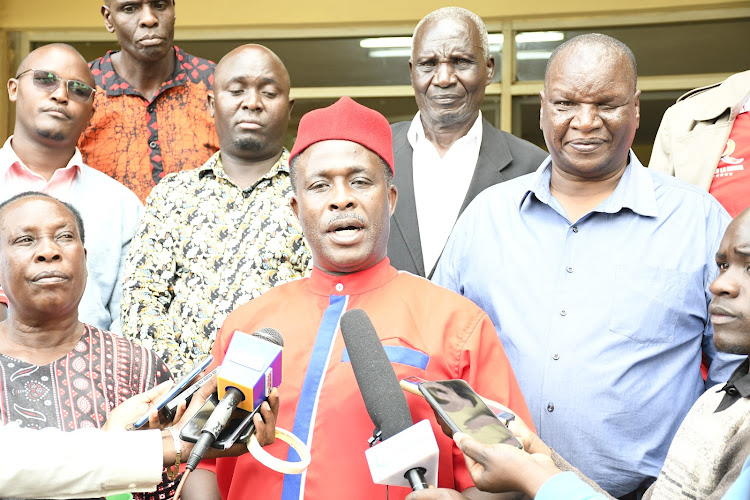 He said often people vote for the sake of voting but then see no development since they did not agree on what to expect from the leaders.

Mogaka spoke to journalists on Thursday in Nyamira town, where he insisted voters should demand a service agreement before they support a candidate.

“We have all been seeing a scenario where we vote leaders who go and only come back after five years to ask that we vote for them again. This should not happen because we should, as voters, sit with them before we elect them because we only vote for the sake of voting, which ends up frustrating us,” Mogaka said.

He is eyeing the West Mugirango MP seat on a Jubilee ticket. Mogaka said electorates most times do not know what they want, hence they should be informed before they go to vote.

“Our people in most cases vote just for the sake of voting, not knowing exactly what they want. They vote as a routine without putting the leaders to task on what they want done for them when they get to office. That is why most of our areas are not developed because we vote people who after getting the positions forget that we exist, only to remember us after five years,” the city lawyer said.

He called upon the residents to put all candidates to task and have an agreement on what they want done before they can vote for them. They should not consider clans, popularity or resources but focus on development, he said.

"In our areas, nothing much has been done in terms of infrastructure, education and other issues because we elected leaders who do not care about us anymore," Mogaka said.

"The resources have not been used for the intended purpose but have been diverted to do other things away from development. That is why we need to put them to task to explain to us what they have in the pipeline if we elect them,” Mogaka said.