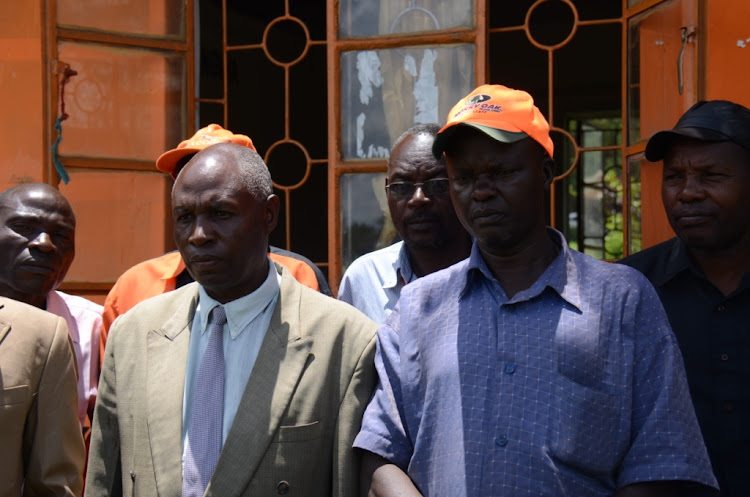 The candidates have been accused of favouritism in marred nomination exercises, which has seen them clash with independent candidates and rivals.

Migori ODM chairman Philip Makabong’o however said the party is aware of candidates who campaign for Raila Odinga's presidential bid but support other party candidates or independents for other posts.

Makabong’o who spoke to the Star on Tuesday said they will not allow independent candidates to use Raila's image on their posters.

He said last Thursday, they had a meeting with all ODM candidates, delegates and officials in “a house cleaning mission for a peaceful and effective campaign."

The meeting was led by Suna East MP Junet Mohamed and his Ugunja counterpart Opiyo Wandayi at Awendo Green Stadium.

Junet and Wandayi said while Azimio-One Kenya Alliance has 26 parties, there is nothing wrong for them to campaign and push for ODM candidates.

He said that will ensure Nyanza gets more elected leaders in all seats.

“We have a right to speak as ODM officials and help strengthen the party and coalition, but we will push the Orange agenda strongly,” Junet said.

The legislator said all ODM candidates in Migori will have to push the six-piece agenda and those undermining the call may be censured.

“We want to say Migori and Nyanza is an ODM stronghold. Even Migori Governor Okoth Obado who is campaigning for Ruto has failed to convince his wife Helen to join him. We will confirm this by sweeping all seats in the region.”

The governor is however said to be sponsoring candidates in either independent or Azimio La Umoja affiliate parties.

His wife Helen Obado is seeking the Migori woman representative seat on an independent ticket.

“We had MCAs whom when we asked to impeach Obado, they undermined the party. They thought Ruto’s man (Obado) was not going home, they can go home with him,” Junet said.

However candidates said selling a six-piece agenda is a hard task.

They said nominations were only conducted for Suna West MP and woman representative with other seats being issued with direct tickets.

This has made it hard for ODM candidates to sell the six-piece agenda as voters often tell them to only seek their votes and leave other seats for them to decide.

“We are not short of leaders. In some rallies it’s voters who tell off ODM candidates against six-piece voting because fake opinion polls were issued for direct tickets,” Mwabe said.

Oyamo said all candidates either under independent or from other Azimio parties are supporting Raila.

“Voters have shifted from the six-piece agenda to issue-based, scaring our rivals,” he said.

Mwabe and Oyamo said they are confident voters will pick leaders they feel will represent them.

They said in other counties, ODM candidates have been campaigning as a team however, in Migori it has been hard and attempts to change that have failed.