Osenya was cleared alongside his deputy Job Mosoku by the commission on Monday.

•Osenya was cleared alongside his deputy Job Mosoku by the commission on Monday evening at Tom Mboya Labour College.

•He is the fourth person to be clear contesting for the seat. 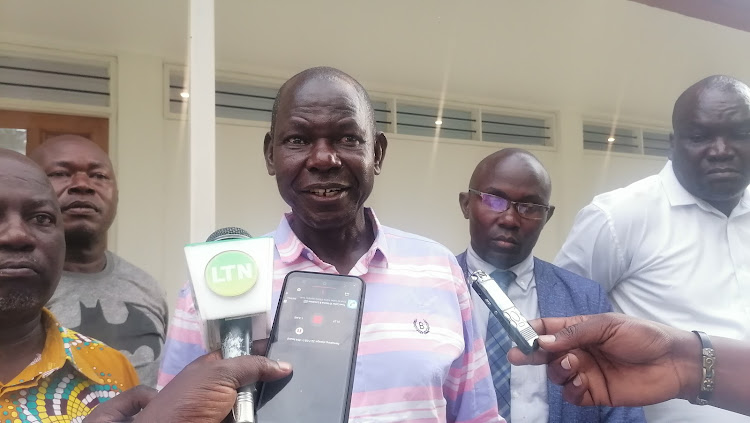 UDA party will bring change and development to the people of Kisumu county, Prof Eric Osenya has said after his clearance by IEBC to vie for the county gubernatorial seat.

Osenya was cleared alongside his deputy Job Mosoku by the commission on Monday evening at Tom Mboya Labour College.

He is the fourth person to be clear contesting for the seat.

While addressing the media, Osenya noted that it was time to bring change to the people of Kisumu county and this will only be achieved when the seat is clinched by UDA.

“We want democracy in Luoland. We want development in Kisumu. Luoland is one of the places where democracy has not prevailed since independence and in the 2022 polls, we will achieve this." 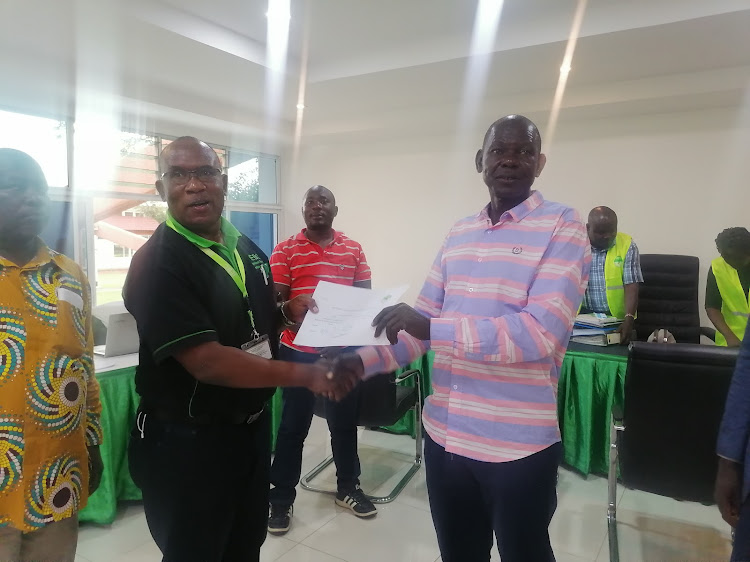 Osenya also noted that they want to write off the wrongs that have been witnessed within the county allegedly done by the current administration.

“Look at how the livelihood of our people have been affected. People were sent away from where they were doing their business just to have others in place to sweep the town, yet locals are languishing in poverty”.

He added that these are some of the things he will address to ensure that traders are empowered , at the same time ensure that the roads within the sugar belt areas that are currently in a pathetic situation are developed.

The professor also claimed that Kisumu city had been turned to be for the elites while the locals were left including various projects within the sub-counties.

“The current administration has only focused in the town centre, yet we have sub-counties that need them. And these are some of the things that I will bring change to”.

He however called for political tolerance as people campaign ahead of the August 9 polls.

"Let us maintain peace and be accommodative during our campaigns and sell our ideas to the people. Let's allow them to make their own choices," he said.

Agoi has been cleared alongside his newly picked running mate Joyce M'maitsi.
Counties
3 months ago