• Kisumu is undergoing a facelift, decongestion, redirecting traffic flow, planning to send PSVs to stages outside the CBD.

• Alternate sites outside the city centre will be designated for political rallies and activities. 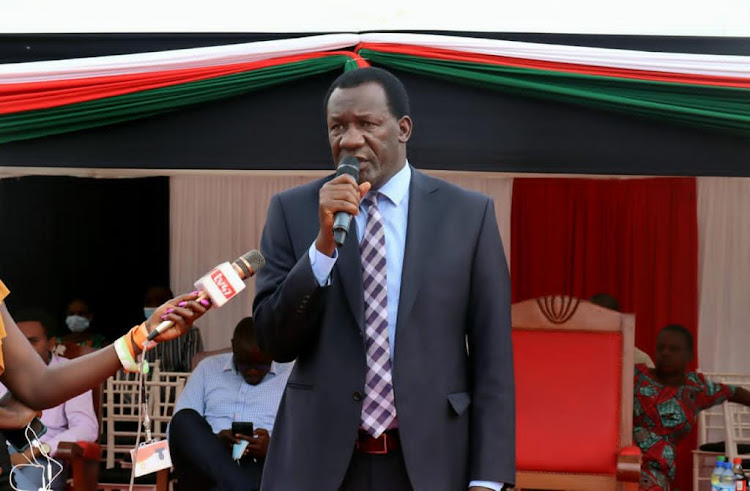 Politicians have been bannedwith immediate effect from holding any rally within the Kisumu Central Business District.

City manager Abala Wanga said the city management is unyielding in its efforts to give the district a facelift and transform Kisumu through urban aesthetics.

It is alarming this process is threatened by ongoing political rallies in the CBD and nearby areas, he said.

After the political gatherings, a lot of vandalism and destruction of public property has taken place, he said.

"This notice serves to restrict politicians from holding political rallies within the CBD and its environs effectively immediately,"he said in a notice dated May 27.

Abala said the restriction is an attempt to stop the "heinous acts" of destruction of public property.

The city management will designate areas for political gatherings outside the CBD, he said.

"In the event of non compliance, the city of Kisumu shall itself apprehend the violators and will also institute legal actions," Abala said.

City planner Judy Bala said matatus and buses will be directed away from the CBD to the Uhuru Business Park complex.

Bala said it was necessary to redirect the flow of traffic so  investors attending conference won't encounter congestion.

Under the new changes, private vehicles are being redirected to use the Jomo Kenyatta Highway to Uhuru Business Market instead of using Nyerere Road.

All town service vehicles are being directed to go through Patel's roundabout to Mamba and stop at Taifa Park.

Bala said  all vehicles from Nairobi will use Kachok flyover, Ondiek highway, join Gumbi Road then head to the bus park.

The city planner said the long-term plan is to construct bus parks at outside the city, such as the one in Nyamasaria area.

Areas such as Otonglo and Mamboleo will acquire new bus parks.

Youths told to shun incitement to violence ahead of polls

The youths were urged to desist from all forms of violence and promote peace.
Counties
1 month ago

The country now seeks to host more international conferences which are expected to further boost the destination’s tourism fortunes.
Business
1 month ago

The major concern during the summit was population growth.
Counties
1 month ago
“WATCH: The latest videos from the Star”
by FAITH MATETE
Nyanza
27 May 2022 - 23:00