•The government expects the beneficiaries to start and run various business activities. 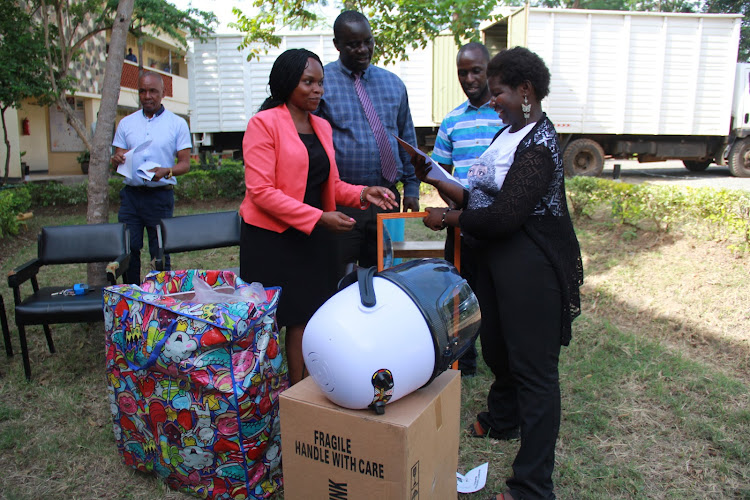 Persons with Disabilities in Homa Bay have received Sh1.1 million business equipment to enable them to be self-reliant.

Through the National Fund for the Disabled of Kenya, the government donated ox-ploughs, sewing machines, barber, salon kits and welding machines.

The government expects the beneficiaries to start and run various business activities.

Aliya said they were working with other government agencies such as the National Council for Persons with Disabilities (NCPWDs).

“Most beneficiaries who applied for the items have received them and we hope the items will help them earn a living, become self-reliant and improve their livelihoods,” he said

The funds were also used to construct some classrooms at Lake Primary, Nyabera Primary and Nyagidha Primary in the county.

Aliya spoke during the distribution exercise on Friday. He was accompanied by the Homa Bay deputy county commissioner Jude Wasonga.

The government also gives some assistive devices to PWDs who are unable to walk and those with visual and hearing impairment.

“The government is undertaking a sensitisation through the council to ensure all PWDs are included in the programme. Education also helps in fighting stigma,” he said. 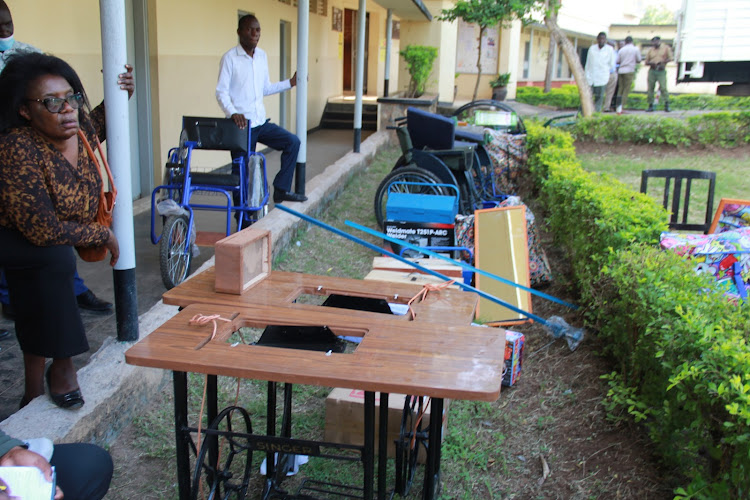 Some of the donated equipment in Homa Bay on May 27.
Image: ROBERT OMOLLO

Beneficiaries Denis Okech and Lydia Achieng said the equipment will help them operate their businesses.

Okech who received an ox-plough and yokes was happy that he will cultivate and prepare his farms on time.

He practices mixed cropping and farming.

“I will grow food crops such as tomatoes, kales, maize, sorghum and groundnuts. I will no longer experience delay in preparing land for farming,” Okech said.

Achieng said the salon kits she received will enable initiate her income.

“I thank the government for this initiative. Most PWDs are associated with begging but these tools are going to help me become self-reliant,” she said.

Wasonga asked the beneficiaries to make good use of the equipment to ensure their economic growth.

He said they are ready to help them fix the equipment for appropriate use, saying it is illegal to sell them.

“The government will take necessary action against such people,” Wasonga said. 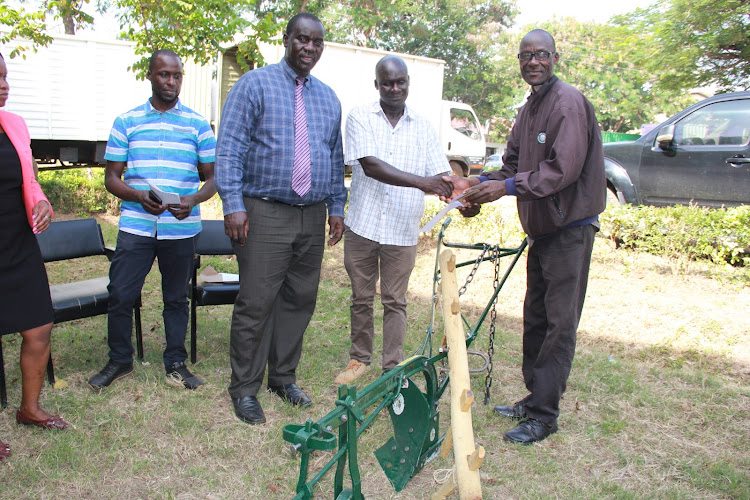 Bill compels employers to reserve 5% jobs for persons with disability