•Salim Amolo Opany, 28, went missing on the night of Wednesday, May 11, 2022. His body was discovered two days later at the Bondo Sub County Hospital mortuary.

•Opany lived in Bondo town where he worked as a bread vendor for a retail shop owner. He also operated a motorbike belonging to the same entrepreneur 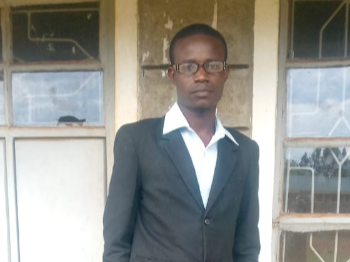 A bread vendor who went missing in Bondo town, Siaya county, has been found dead.

Salim Amolo Opany, 28, went missing on the night of Wednesday, May 11, 2022. His body was discovered two days later at the Bondo Sub County Hospital mortuary.

Opany lived in Bondo town where he worked as a bread vendor for a retail shop owner. He also operated a motorbike belonging to the same entrepreneur.

On Sunday, May 15, members of his church failed to see him, prompting the church’s minister, Pastor Christopher Puch to ask his son to look for him at his house.

The door was not locked and plates of rice and a thermos flask were on the table. The foodstuffs were decomposing, indicating had not been to the house for a while.

Some neighbours reported having heard numerous footsteps in and out of Opany’s house on the night he went missing.

A frantic search for Opany began. The deceased’s boss noted that Opany had returned the motorbike and had not been seen for days.

He was not in police cells nor was he in the hospital wards.

Reports later emerged of an unidentified male who had been dropped by the police at the mortuary on May 13.

“We found him at the mortuary. His face tissues were seriously injured; you could not identify him easily. Even the mortuary attendant knew him but never suspected it was Opany,” pastor Opuch recounted.

His lifeless body was tied up with ropes and looked like he was being dragged on the ground by his killers, Puch said.

Puch narrated that most of the injuries were to the head, chest, limbs and stomach.

According to police records, Opany’s remains were collected from a thicket on the outskirts of Bondo town on Friday morning, two days after he went missing.

Opany’s case is similar to that of Brian Ochieng’ Adhiambo, 19, who was abducted at his in-law’s shop in Uranga trading centre last month.

Uranga is also in Usonga Division.

Ochieng’s eyes were gouged out, back harked with a sharp object, head smashed.

Just like Opany, who was a staunch member of the church, Ochieng’ was also a dedicated Christian at Rockrick Victory church under Bishop James Opiyo.

Opany worshipped at the church's branch in Bondo whereas Ochieng' worshipped in Uranga.

Ochieng was buried on Saturday, April 30 2022 but no one has been arrested in connection with his death.

Siaya county police commander Michael Muchiri said they are on top of investigations into the murder of Ochieng.

According to the Bondo Sub County Police Commander Ibrahim Kosi, the region is lately experiencing an upsurge in criminal activities.

“Being an electioneering period, insecurity towards property and human beings tend to go up. We have heightened night patrols,” Kosi said.

On the night of Thursday, April 21 2022, burglars broke into a shop at Jaramogi Oginga Odinga University of Science and Technology (JOOUST) gate, stealing 37 gas cylinders.

No criminal has been brought to book in relation to the burglary incident.

Kosi said that the patrols currently include changing their routine so as to nub criminals.

Elsewhere in Siaya town, two ladies are nursing life-threatening injuries at Siaya hospitals after they were attacked by criminals.

23-three-year-old Mary Maurine, who is a student at Siaya Institute, arrived from Nairobi on Sunday night.

She alighted at Shell fuel station where she took one of the motorbike operators to her residence. 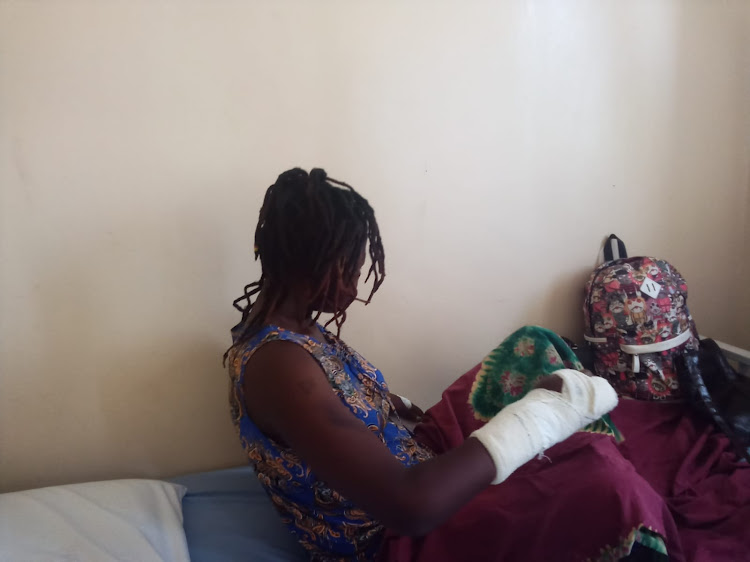 Mary Maurine, she was badly wounded by a boda-boda guy who picked him after alighting in Siaya from Nairobi last Monday.
Image: JOSIAH ODANGA

Upon arriving at the gate to her place, the motorbike operator turned into a beast, picked a rod, and hit her, severely injuring the head, and face and breaking the limb.

Maurine works as a Peer Educator, Gender-Based Violence champion and paralegal at Globecom. She had been tracing a number of defilement cases in the region.

The same Monday saw another 24-year-old lady raped and badly wounded before being left for the dead on a maize farm in Nyang’inja village in Alego Usonga.

She was also attacked in the morning around 6:00 am on his way to a shop at the Bondo junction in Siaya town where she was the errand girl.

Her mother, whose name is hidden, said that her daughter was found 12 hours later on a maize farm near a riverbank before being rushed to Siaya County Referral Hospital.

As of Wednesday when the Star visited her at the Female Ward, CT Scan that had been recommended by the doctors was yet to be conducted due to the family’s lack of finances.

The survivor was still subconscious and evidently in serious pain.

Ibraheem Otieno, the head of Programs at GLOBCOM and a human rights activist expressed his fears at the alarming rate of insecurity in the county.

“We wonder why the police hardly patrol our streets yet they are well aware that criminals are on the loose,” he complained.

Otieno added that residents should come out and remind duty-bearers to do their job for anyone can be attacked, raped or killed.

“Today it is Maurine, Achieng’ and Opany, next could be you, your sister, mother, grandmother or anyone that you love and care about. Let us come out and condemn what is happening,” Otieno said.

According to the Siaya Referral Hospital Gender-Based Violence desk, this month alone, 16 cases of sexual violence and 14 of physical assault have been recorded at the facility.

Alego Usonga Police Commander Benedict Mwangangi was not available for comment as he did not return phone calls.

He had just written his KCSE exams about two weeks ago. Did he lock up?
Counties
2 months ago
WATCH: The latest videos from the Star
by JOSIAH ODANGA
Nyanza
20 May 2022 - 02:04