Abala Wanga says the county has been affected by cartels

•Wanga said 21 pieces of land, including the land hosting the IEBC office, had been grabbed, saying some of the grabbers were present in the ceremony. 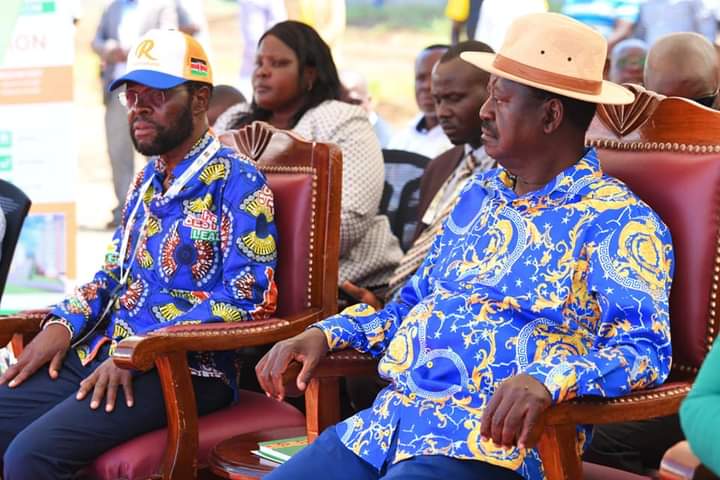 Kisumu city manager Abala Wanga has raised concerns over an increase in grabbing of public lands.

Wanga said 21 pieces of land, including the land hosting the IEBC office, have been grabbed.

He urged the National Land Commission to repossess all grabbed land.

Wanga said some of the grabbers were present at the ceremony.

He urged Raila and Nyong’o to help in repossessing the grabbed lands to facilitate further developments.

Mutindika said the land commission should ensure the grabbed lands are returned to the county and national government.

“The commission should repossess all the grabbed land. It is their mandate,” he said.

“The government will not tolerate land grabbers. They are denying citizens from benefiting from the government services.”

Mutindika said it is the mandate of the NLC to ensure all the grabbed public lands within Kisumu are repossessed.

“Land grabbing is denying the people of Kisumu their rights,” he said.

Mutindika lauded the housing project saying it was in line with the Big Four agenda and will benefit more than 1,800 households.

The project will see the estate upgraded into 1,870 one, two and three-bedroom units with 1,754 parking slots.

The construction work on the 11.6 acres is expected to take two years to complete after the county government and Lapfund signed a deal for the project last year.

A one-bedroom unit will cost about Sh1.8 million, with two and three-bedroom units going for Sh2.7 million and over Sh3.5 million respectively for low-income earners.

They say they are being forced to bury their loved ones on top of other people's graves.
Counties
2 months ago

Board chairperson Sellestina Kiuluku says Makasembo estate will be upgraded to 1,870 entities
Counties
1 month ago

Says his government will come up with proper development plan which will spur growth in all sectors
Counties
1 month ago
“WATCH: The latest videos from the Star”
by MAURICE ALAL Correspondent, Nyanza Region
Nyanza
19 May 2022 - 22:00