•Kiuluku said they have collaborated with the county government to implement and set up low cost and decent housing for residents and to support the Big four agenda.

•She said they will continue identifying diverse investment avenues to grow our fund value which currently stands at more than Sh 52 billion in assets. The Sh3.5 billion Lapfund housing project in Kisumu will benefit 1,800 households once completed.

Kiuluku said the estate will be upgraded to 1,870 units in an ultra-modern mixed-use development, set to meet the increasing demand for housing in Kisumu and its environs.

Kiuluku said they have collaborated with the county government to implement and set up low cost and decent housing for residents and to support the Big 4 Agenda on the provision of affordable housing.

“We are committed to our mandate to invest and manage members’ savings–in ventures such as investment in property–to guarantee secured retirement benefits and competitive returns to our members,” Kiuluku said.

She said they will continue identifying diverse investment avenues to grow the fund value, which currently stands at more than Sh52 billion in assets.

“Since the onset of devolution, housing developments have remained a key pillar to Lapfund’s investments as we strive to diligently invest our member’s funds – members who are spread across 47 counties,” Kiuluku said.

She spoke during the ground-breaking ceremony for the new Makasembo housing estate.

It was presided over by Azimio presidential flag bearer Raila Odinga and Kisumu Governor Anyang Nyong’o on Wednesday.

“It is our vision that this groundbreaking will signify more than just housing for the residents,” she said.

Lapfund, she said, looks to create employment for Kisumu residents as they collaborate with the county government to source labour and raw materials from micro, small and medium-sized enterprises.

“Our strides today support the delivery of the 500,000 decent affordable homes across the 47 counties,” Kiuluku said.

She said the project will play a major role in the transformation of Kisumu into an inclusive and sustainable city.

She lauded the National Treasury, the county government and the board’s strategic partners for making the project a reality.

The construction works on the 11.6-acre piece of land are expected to take two years to complete after the county government and Lapfund signed a deal last year.

The project will consist of amenities such as pre-schools, borehole, ample parking, solar power, high-speed lifts and landscaped gardens as well as communal play areas.

The housing project is in line with President Uhuru Kenyatta’s Big Four Agenda.

A one-bedroom unit will cost about Sh1.8 million with two and three-bedroom units going for Sh2.7 million and Sh3.8 million respectively for low-income earners. 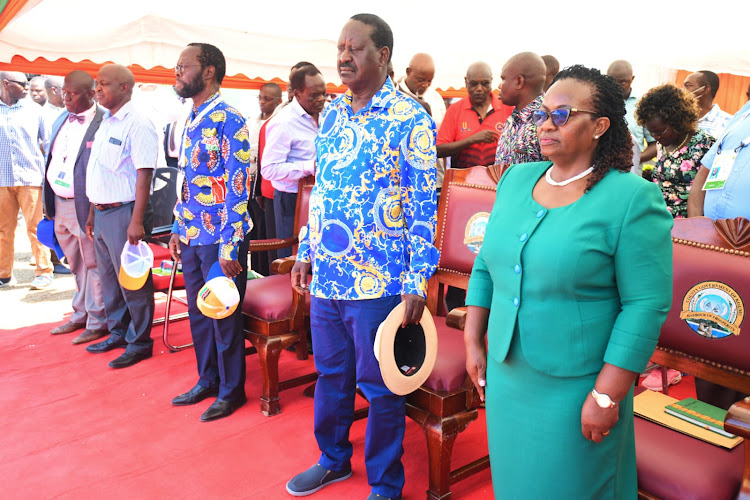 Affordable units to be sold to low-income earners, earlier tenants to be prioritised
Counties
1 year ago