MP singles out roads, schools and infrastructure development in his two terms

Bichage, who is running as an independent candidate, pledge to focus on agriculture, education and feeder roads if elected. 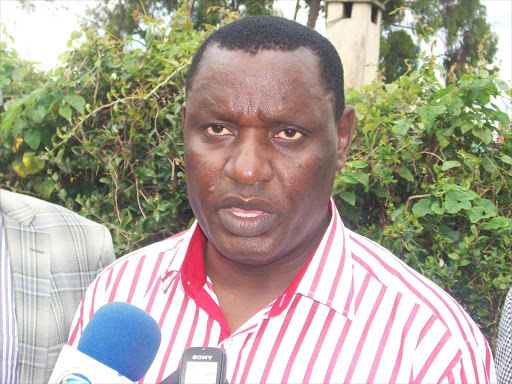 Nyaribari Chache MP Richard Tong'i is banking on his development track record in his bid for reelection.

Tong'i singled out roads, schools and infrastructure saying many schools are now easily accessible because of better roads.

The MP said he also reconstructed primary and secondary schools which were in dilapidated state using the CDF kitty.

"I have done a lot during my two terms, that is why I am urging residents to give me another opportunity to complete all the projects I initiated," Tong'i said on Monday.

The legislator said he has negotiated with the national government through the Ministry of Roads and he has been given a nod for the construction of a 26km tarmac road.

"The construction of 26 kilometres has begun. When completed the road will open the constituency and ease transportation of goods," he said.

The MP advised the youths to shun violence during campaigns,urging them to interrogate aspirants manifestos before August 9 polls.

"Please shun leaders who are out to misuse you during the campaigns. Violence will not take you anywhere," he said.

Bichage, who is running as an independent candidate, pledged to focus on agriculture, education and feeder roads if elected.

"Avocado, banana and sugarcane farmers are suffering. Middlemen have been exploiting them for a long time by buying their produce at throw away prices. It is time we look at their plight because agriculture is devolved," he said.

Bichage served for eight months before his win was nullified after a petition was filed by Tong'i.

Tong'i says the projects will ease the movement of goods to the market in the constituency.
Counties
1 year ago

The area MP led a brief fundraiser to raise seed capital to assist the women.
Counties
1 year ago