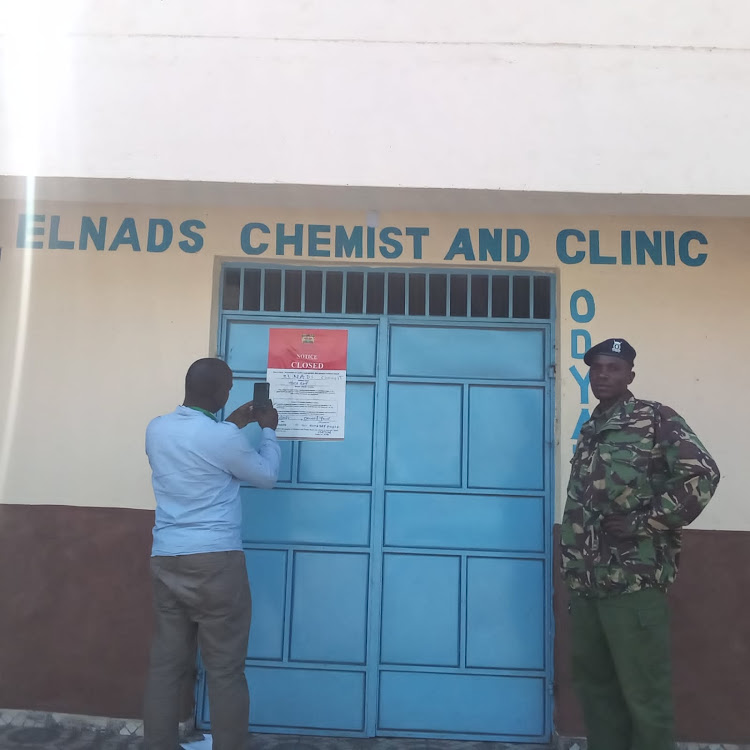 Officials from the Pharmacy and Poisons Board in an ongoing joint crackdown with the National Police Service on illegal pharmacy outlets in Nyanza and North Rift regions
Image: MAGDALINE SAYA

At least 72 people have been arrested in a joint crackdown on illegal pharmacy outlets in Nyanza, North Rift and Nairobi regions.

The ongoing joint exercise by the Pharmacy and Poisons Board and the National Police Service which began on May 8 seeks to stem irregular pharmaceutical practices to ensure safety, quality and efficacy of medicines and health technologies.

Forty out of the 72 offenders were arrested in Nyanza, 21 were arrested in North Rift region while 11 arrests were made within Ongata Rongai, Kiserian and Kamulu towns in the outskirts of the capital, Nairobi.

The operation has seen at least 120 cartons of assorted drugs found in the illegal premises confiscated by the officials. 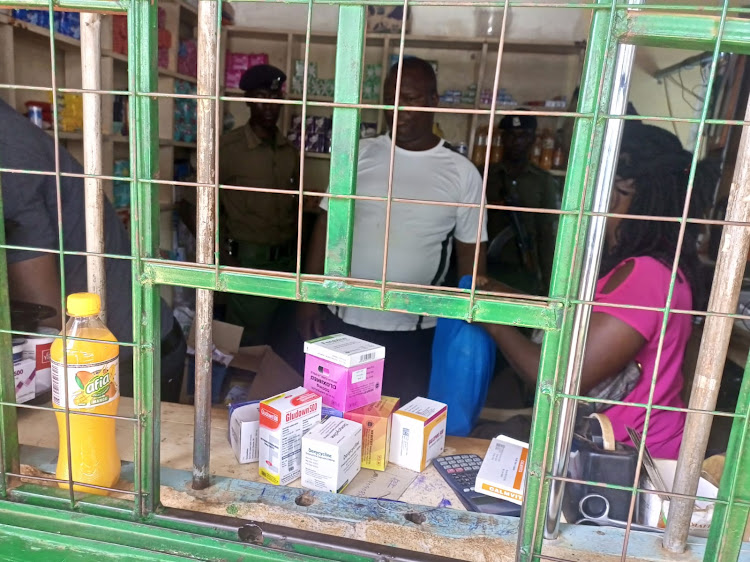 Officials from the Pharmacy and Poisons Board in an ongoing joint crackdown with the National Police Service on illegal pharmacy outlets in Nyanza and North Rift regions
Image: MAGDALENE SAYA

According to the head of good distribution practices at PPB Julius Kaluai, the objective of the exercise is to enforce closure of non-compliant pharmaceutical premises which were previously closed down.

These are warrants which were issued by various courts under the specified jurisdiction following absconding of court by the suspects who were charged with the various violations.

The board is also investigating individuals who vandalise the closure notices issued by PPB and they shall be prosecuted once the investigations are complete.

“Of key concern is the emergence of rowdy groups within Cheptulo market neighbouring Western Kenya and areas of Nandi Hills who rise with intent of obstructing justice and enforcement of cap 244,” Kaluai said.

“The board wishes to categorically state it shall not tire in the fulfilment of its obligations. The investigative organs are in pursuit to net the culprits behind this vice,” he added.

The board also raised concern over premises branding which does not match the name as per the licences and put such practitioners on notice to ensure they rebrand correctly.

The exercise also seeks to conduct an audit on the handling of controlled medicines and prescription medicine documentation in line with the pharmacy regulations, surveillance and enforcement of good distribution practices for medicines.

“The exercise also intends to ensure stakeholder engagement and sensitisation on PPB mandate with a focus on the key players involved in the criminal justice systems such as ODPP and the judicial officers.”

The PPB is national drug regulatory authority in the Health Ministry established under the Pharmacy and Poisons Act Cap 244 laws of Kenya to regulate the practice of pharmacy and ensure safety, quality and efficacy of medical products and health technologies. 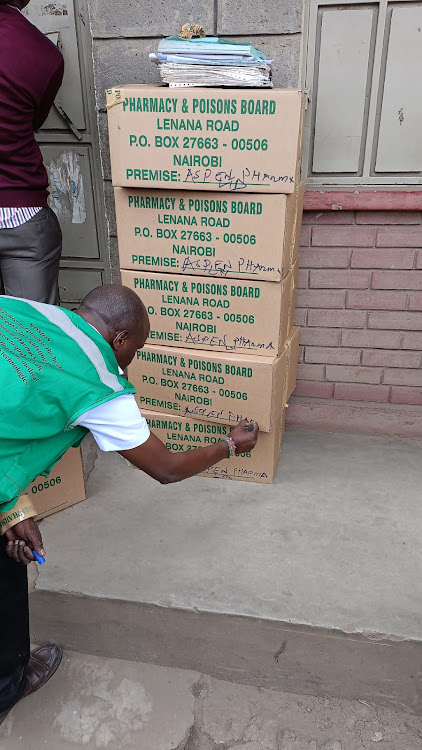 Officials from the Pharmacy and Poisons Board in an ongoing joint crackdown with the National Police Service on illegal pharmacy outlets in Nyanza and North Rift regions
Image: MAGDALENE SAYA

The board has also been focusing on cross border areas in an effort to address the problem of proliferation of falsified medical products in the country.

Falsified and substandard drugs may contain toxic doses of dangerous ingredients and can lead to poisoning, untreated disease, early death, and treatment failure.

In renewed efforts in the fight against counterfeit medicines, the PPB has also adopted risk-based approaches in market surveillance including targeted sampling and testing and risk-profiling of manufacturers based on market complaints.

The board has established strategic partnerships with International, bilateral organisations and other government agencies like Kenya Police, Customs, KRA, KEBS, Interpol and World Health Organizations to boost the surveillance.

40 arrested in crackdown on illegal chemists in Nairobi, North Eastern

Kaluai said the Board is conducting an audit of the controlled medicines.
News
2 months ago

An operation last week saw at least 113 cartons of assorted drugs confiscated
News
2 months ago
“WATCH: The latest videos from the Star”
by MAGDALINE SAYA REPORTER
Nyanza
15 May 2022 - 22:00