Nyambede however claims he was at work at the time the girl claimed incident happened. 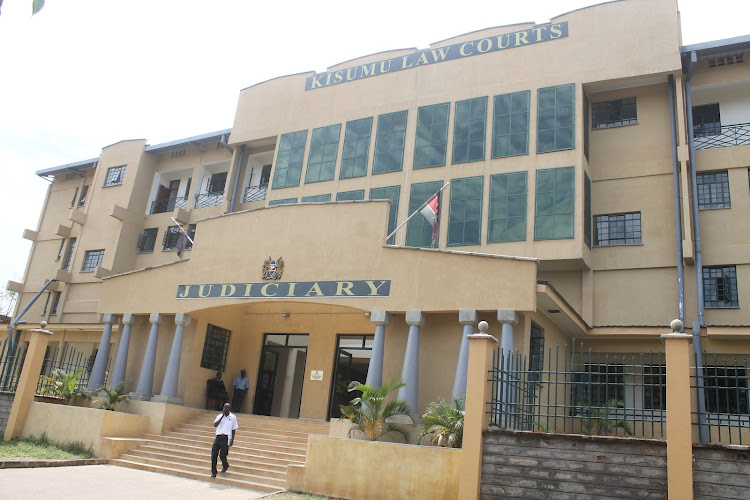 High Court in Kisumu last week said that a man convicted for defiling his 13-year old stepdaughter is guilty.

Gordon Otieno Nyambade, who had been charged with incest, was sentenced to life in December 2020 after court ruled that he had defiled his step-daughter, initialed IA, at their home in Nyamasaria, Kisumu.

AI testified that on December 18, 2018, Nyambede came from work and started caressing her while threatening her that if she ever reported the same to her mother, he would kill her.

She said he proceeded to defile her on that date and two other occasions, during which time, she told her mother.

“When I reported the incident to my mother, she did not take any action prompting me to report the matter to Nyamasaria police station. I was then taken to a Children’s Home in the area,” she told court.

In his defence, Nyambede denied defiling IA, claiming that he was at work at the time she claimed the incident happened.

Justice Jacqueline Kamau reduced the sentence to 25 years but said the evidence was enough to confirm that Nyambede had indeed defiled the minor.

Kamau said he was obligated to call a witness to corroborate his alibi defence to prove that he was at work on the material dates so as to rebut the prosecution’s evidence, the burden of proof having shifted to him.

“Having failed to call such a witness, he failed to prove his alibi evidence and hence his evidence failed to outweigh the prosecution’s evidence on defilement,” the judge said.

Kamau further said the complainant’s evidence was corroborated by a clinical officer who testified that, on examining her, she observed that her hymen was absent.

The clinical officer further said there were healing bruises around the labia and there was a greenish yellow discharge, pointing to evidence of sexual intercourse. She added that a swab that was done showed pus.

“She was found to have had a sexually transmitted infection and was HIV positive,” the presiding magistrate said before sentencing Nyambede to life behind bars.

Being dissatisfied with the said Judgement, Nyambede lodged an appeal, claiming, among other grounds, that the complainant was in fact, not his step-daughter.

“She had a tendency of calling elders 'mum” or 'dad'," he told court in the appeal.

AI said the appellant was her step-father and that she had been living with him since the year 2018.

The prosecution also told court it was apparent from the evidence that the mother was not willing to testify against him as he was her husband.

“Provided that where in a criminal case involving a sexual offence the only evidence is that of a child...the court shall receive the evidence of the child and proceed to convict the accused person," the judge said.

“The burden of proof in a suit or proceeding lies on that person who would fail if no evidence at all were given on either side.”

Judge revises sentence to 23 years imprisonment in each count to run concurrently.
News
4 weeks ago

Of 9,000 teen pregnancies in Kwale last year, Kinango had the highest number.
Counties
3 weeks ago

Girl, 7, defiled in toilet during wedding ceremony in Kiambu

The victim is admitted at Kenyatta National Hospital in critical condition.
Counties
1 month ago
by Akello Odenyo Court Reporter
Nyanza
11 May 2022 - 22:00