Nyamweya says it will benefit small-scale enterprises for women and boda boda operators. 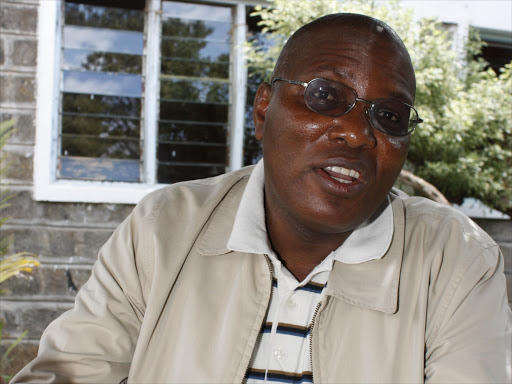 Kenya National Congress aspirant for the Kisii governor race Manson Nyamweya plans to establish a special kitty to fund small-scale enterprises for women in the county if elected.

The beneficiaries would not be paying interest for money borrowed.

Nyamweya said the kitty, once rolled out, would  spur interest in business among rural and urban women and youth.

It would further enhance growth of the region's economy which enjoys the largest money circulation in Nyanza.

Kisii, Nyamweya said, needs to be put on a solid economic recovery track.

"We must be deliberate on policies and economic programmes that can boost the growth of medium and small-scale trading opportunities among our people. This is what my government is going to be all about," he said.

Also to secure loans from the kitty are boda boda operators doing business within the county.

"The revolving fund would not only provide youth with capital to start businesses such as boda boda, but will further provide unemployed graduates with money to cushion them from the vagaries of life through small-scale businesses."

Nyamweya was speaking at the party offices in Nyamataro in Kisii after hosting dozens of supporters from Nyaribari Masaba who visited him.

They endorsed Nyamweya for the bid and promised to campaign for him in the constituency.

Nyamweya is counting on his performance as South Mugirango MP to win in his second stab for the seat.

The governor hopeful reiterated his commitment to ensure residents get piped water in their homes.

"My administration will set up water kiosks in the villages. It shall be one unit per 10 to 20 households. This will significantly reduce time women waste queuing at springs," he said.

He was accompanied by by the woman representative aspirant on KNC ticket Julia Nyamao.

Nyamweya further said he supports education and would double bursary allocations to students if he becomes governor.

"I am going to ensure we scale up funding to the kitty and make it efficient so that our young people can get a chance at education," he said.

"Only through an educated society can we realise the transformation we need as a devolved unit."

He cautioned against clanism, saying it is often used by some politicians to deny people the chance to to pick the right leader who can spur growth.

"I want to be judged on the context of what I am going to do to change lives and bring the needed economic reforms," Nyamweya told his supporters.

Nyamao on her part said she will push for gender parity in employment at the devolved unit if elected.

"Only through an affirmative push can we realise equal opportunities for our women. We are still far from the one-third threshold that is recommended in the constitution," she said.

Nyamweya is among candidates seeking to replace Governor Ongwae.
Counties
1 month ago

Kisii governor aspirant to prioritise youth, water in his agenda

Promises water to all homes in his first term in office.
Counties
1 month ago

"I am happy they have been defeated," said Arati.
Counties
3 weeks ago
“WATCH: The latest videos from the Star”
by MAGATI OBEBO Correspondent, Kisii
Nyanza
11 May 2022 - 22:00