His alleged abductors had been trailing him using a Toyota Probox 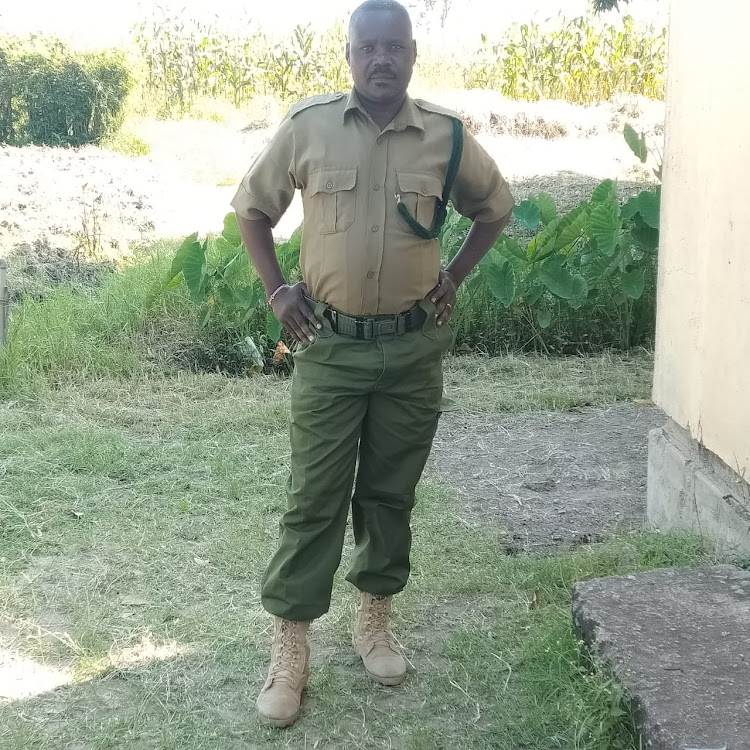 A family in Suba South wants police to expedite investigations into the whereabouts of their son who disappeared while traveling back home.

Bernard Ochieng, a warden attached to Kibos prison in Kisumu, is reported to have been abducted by unknown armed suspects at Kabunde area.

His wife Lillian Atieno said they learned about the disappearance  through a family friend who was with Ochieng on the day he went missing.

The warden had called his wife informing her that he was traveling back home after taking a short break from work.

“We talked on phone and he asked me to prepare food to have lunch together. I realised he was not coming after he failed to show up,” Atieno said.

The warden together with his colleague from Kodiaga prison reportedly boarded a public service vehicle from Kisumu to Nyandiwa. They were sitting in front with the driver. The incident occurred on April 29.

Speaking to journalists on Tuesday, Atieno said the colleague called at half past one saying her husband was abducted. The call came 30 minutes after she spoke with her husband.

Those alleged to have abducted Ochieng are said to have been trailing them using a Toyota Probox.

They first blocked the matatu and demanded for ochieng. He was ordered to come out before he was handcuffed.

The unknown men sped off towards Rodi Kopany trading centre.

“Nobody knows the whereabouts of my husband since the incident occurred. Let the police fast-track investigations to help us get him back,” she said.

Atieno said they reported the matter at Nyandiwa police post before taking it to Homa Bay police station. They have four children.

He said they are following the communication between the missing warden and the alleged abductors.

“We’re following crucial lead and information about the whereabouts of the officer. Currently, both Ochieng’ and one of the abductors phone lines have been switched off,” Kavoo said.

The detective asked for calm and appealed to the family to continue cooperating with them.

“We are also working together with officers in Kisumu where Ochieng’ was working,” he said.

Officer was on a night shift.
News
5 months ago