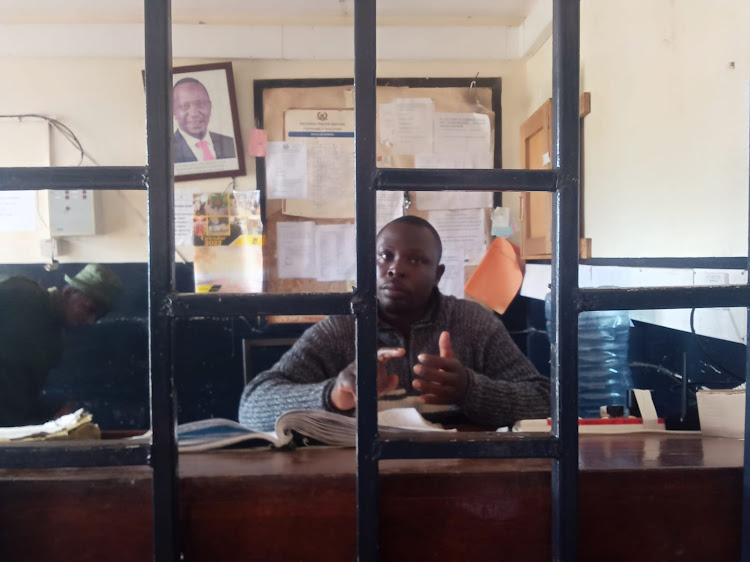 According to police records, the activist was held at a cell in Siaya police headquarters over traffic offences.

His motorbike was found at the parking lot at the police station and confiscated.

However, Ojiro said police arrested him at Siaya police headquarters where he had gone to seek audience with the Directorate of Criminal Investigations officer over a missing person’s case.

Earlier on Monday, Ojiro had confronted traffic police officers along the Siaya-Kisumu road at Ng’iya area where he accused them of picking bribes from PSVs operators.

“I confronted the traffic officers in Ng’iya for obtaining bribes from matatu operators on the highway,” he told the Star from the police cell.

The cost of living is already high but our police officers will not stop extorting money from the people, he said.

Ojiro said the traffic offence that he is being charged with was a scapegoat.

“It is the same police officers who were at Ng’iya who waylaid and arrested me here at the station. They were unhappy with me for disagreeing with them over highway corruption,” he said.

Ojiro added that the motive of the arrest was to silence him to stop speaking about the need for police accountability.

Both the Alego Usonga subcounty police commander Benedict Mwangangi and his deputy Charles Odhiambo said they were on leave thus could not comment on the arrest of Ojiro and the charge preferred against him.

Activists in Siaya led by Cornels Akello linked Ojiro’s arrest to his  outspokenness on a spate of mysterious killings that have rocked Siaya county lately.

In a past interview with the Star, Ojiro questioned the status of investigations into murder incidences.

“People are being killed and cases reported but the only thing that families of victims receive are OB numbers. Police investigations in Siaya are very shoddy thus jeopardising the pursuit of justice,” Ojiro told the Star in a past interview.

At the police station on Monday,  junior police officers appeared hostile to Ojiro.

“Tell him (Ojiro) to close his mouth. A good human being should not say many things,” a police officer at the counter said.

Ojiro maintained that his arrest was aimed at silencing him.

They claimed that the station took the lead in police misconduct, misuse of force, harassment and the killings
News
3 weeks ago

Spokesman Bruno Shioso pledged to ensure members of the Fourth Estate are protected.
News
1 month ago
“WATCH: The latest videos from the Star”
by JOSIAH ODANGA
Nyanza
10 May 2022 - 23:00