Get out and campaign for Raila, MP tells Uhuru 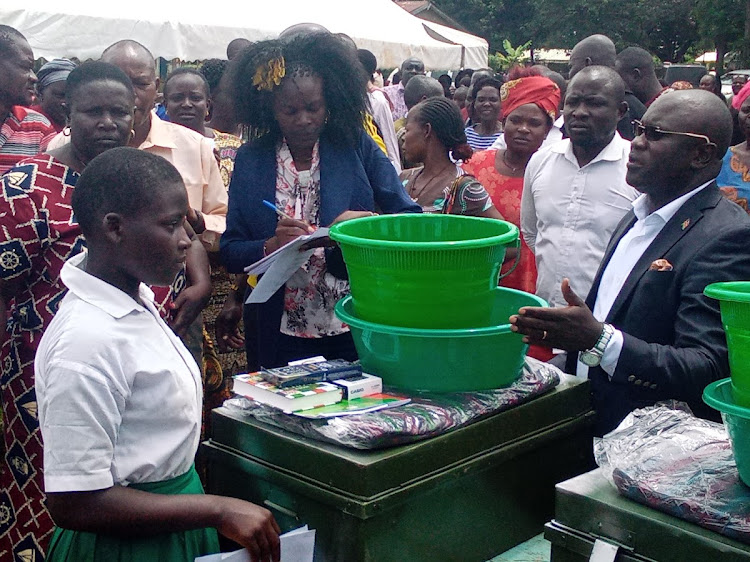 Movement for Democracy and Growth party leader on Monday asked President Uhuru Kenyatta to come out and campaign for Raila Odinga’s candidature.

David Ochieng', who is also the Ugenya MP, spoke at Sega Polytechnic where he issued cheques to students joining Form 1.

“Why is Uhuru not going out to campaign for Raila Odinga in Central Kenya?” he asked.

Ochieng’ said the President should start campaigning for Raila strongly in his Mt Kenya backyard, if at all he (Raila) is not being duped.

He further asked six-piece apologists in ODM to stop such a narrative and focus on Raila’s presidential bid.

“If we must talk about six-piece, then let it be Azimio six-piece. Those saying that six-piece is ODM, for me it is rubbish,” he said.

Ochieng’ further said the idea of Azimio was to help grow the number of voters.

He further said Azimio aspirants should be given a fair opportunity to compete.

The Ugenya legislator said all the 140 MDG aspirants shall be on the ballot on August 9, and his party will not allow zoning.

“None of the MDG candidates will step down for any candidate in the name of zoning,” he said.

He told the Azimio Council that the talk of zoning is hurting their bases and already giving Kenya Kwanza Alliance presidential hopeful William Ruto a through pass.

“As president, Raila Odinga will be able to work with all elected leaders under Azimio. If he insists on ODM six-piece, then there will be protest voting,” he said.

Wamban further said ODM has produced county leaders but Siaya is still one of the poorest in the county.

He told the electorate to reject his competitor in ODM, Oburu Oginga, for embarrassing his brother.

“Let Oburu stop embarrassing his brother for his candidature is portraying his family as greedy people who are only interested in power,” Wamban told the Star.

MDG is one of the political parties under Azimio coalition.

Raila heads to Kajiado as Ruto takes campaigns to Samburu

These campaigns are in bid to rally as many as 50+1 votes ahead of the August 9, General Elections.
News
1 week ago