In Summary
by JULIUS OTIENO Journalist, Political and Parliamentary Reporter
Nyanza
10 May 2022 - 22:00 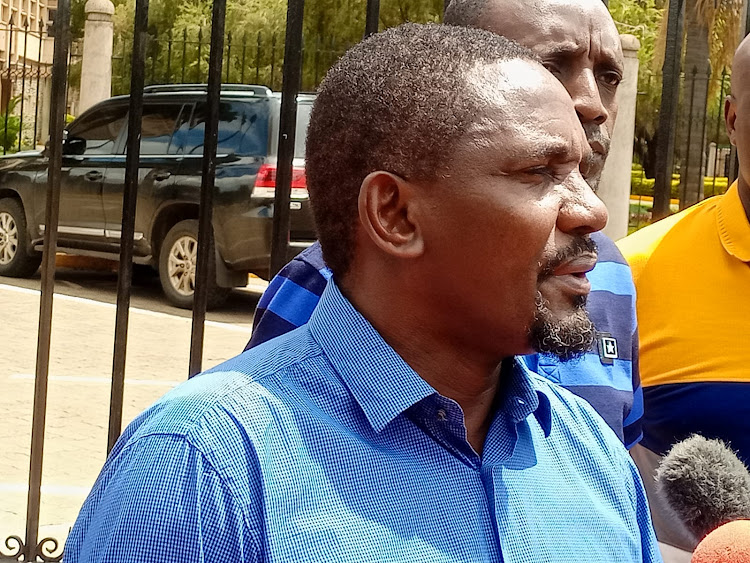 Gem MP Elisha Odhiambo has returned to the Political Parties Disputes Tribunal to compel ODM to obey its orders and issue him with a nomination certificate.

The lawmaker also wants the tribunal to summon ODM election board chairperson Catherine Mumma to explain why there has been no compliance with the orders issued on April 30.

In the case filed under a certificate of urgency, Odhiambo raised concerns that he could be locked out of the August 9 elections due to the party’s failure to obey the tribunal’s ruling.

He said close to 14 days after the tribunal ruled in his favour in a petition filed by his competitor Jalang’o Midiwo, he is yet to get the certificate.

“The claimant is apprehensive that the IEBC may publish names before the second and fourth respondents (NEB and ODM) forward his name and award him with the final nomination certificate thus the claimant will be greatly prejudiced,” Odhiambo said.

The case was filed on his behalf by Oruenjo Kibet and Khalid Advocates on Monday.

The MP wants the ODM national elections board, its  chairperson  and the party cited for contempt of court. He wants Mumma jailed for contempt.

“The second respondents chairperson Catherine Mumma to show  cause why she should not be held in contempt of this honourable tribunal and thereafter be committed to a civil jail of six months…” the papers read in part.

On April 30, the tribunal directed the party and NEB to issue the MP with the nomination after he won a case filed.

“The respondents are hereby directed to forthwith issue to the complainant the final nomination certificate to contest for the Member of National Assembly for Gem constituency,” the ruling signed by presiding tribunal member Willy Mutubwa read in part.

“In any event within 24 hours of this order, and to forward his name to the Independent Electoral and Boundaries Commission,” it adds.

This was after the party's Central Management Committee, a powerful organs chaired by party leader Raila Odinga, nullified the nomination results and ordered the board to issue a direct ticket to Jalang’o Midiwo.

This was despite the party’s elections disputes committee ruling in Odhiambo’s favour in the case filed by Jalang’o.

Jalang’o is the elder brother of the Jakoyo Midiwo (deceased).

Odhiambo rejected the decision and moved to the tribunal seeking to overturn the committee and the board's decision.

“I will not allow the NEB and its cartels to overturn the popular will of the people. Do not take me round in circles," Odhiambo had said.

In a supporting affidavit, the MP said he has confirmed with the IEBC if his name has been submitted to it by the party and board for purposes of participating in the upcoming elections.

“…. I was informed that the second and third respondent forwarded the first respondents (Jalang’o) name instead.”

“This is contrary to the decree of this honourable tribunal and the findings of the ODM’s appeals Tribunal,” he said.

The MP argued the party and NEB’s actions are meant to undermine the authority of the tribunal and embarrass it.

“The contemnor’s actions are meant to circumvent the honourable tribunal’s orders and render it superfluous,” he said in the affidavit.

Says he is optimist the party will give him justice.
News
2 weeks ago

NEB directed to issue the certificate to Elisha Odhiambo within 24 hours
Counties
2 weeks ago
“WATCH: The latest videos from the Star”
by JULIUS OTIENO Journalist, Political and Parliamentary Reporter
Nyanza
10 May 2022 - 22:00