The protest temporarily disrupted services at the facility.

•The protest temporarily disrupted services at the facility located at Otonglo along the busy Kisumu-Busia road.

•Workers who sought anonymity said they are suffering as they are unable to feed their families, pay rent and school fees fo their children. 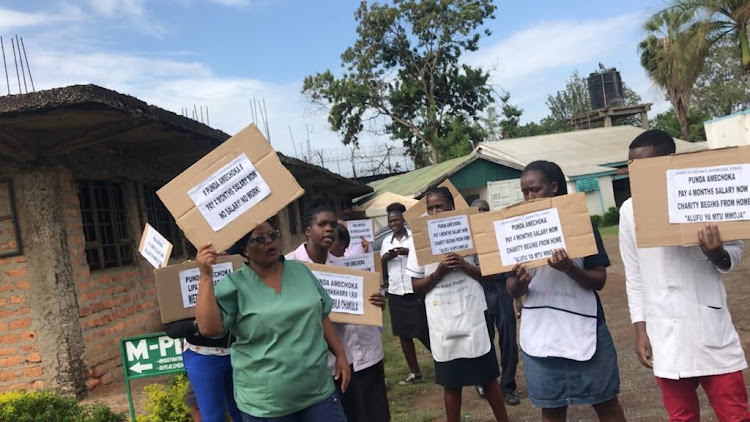 Workers of Port Florence Hospital in Kisumu during protest over four month salary arrears on May 9, 2022.
Image: MAURICE ALAL

The agitated workers, armed with placards bearing writings ‘pay four-month salary now, no salary, no work’ said they would not return to work until they are paid their dues.

The protest temporarily disrupted services at the private facility located at Otonglo along the busy Kisumu-Busia road.

The protesters chanted slogans that demonstrated their demand for salary and better working conditions.

Workers who sought anonymity said they are suffering as they are unable to feed their families, pay rent and school fees for their children.

“We are living in difficulties over salary arrears. All we get when seeking payments is intimidation and threats. We are threatened with sacking,” one staff member said.

However, the workers were later forced to return to work.

“We have been told to return to our duties or face sacking,” a male nurse said.

The hospital denied the allegations of threatening its staff with a sack for demanding their dues.

Ouko said he was not aware of the four-month salary arrears owed to workers. 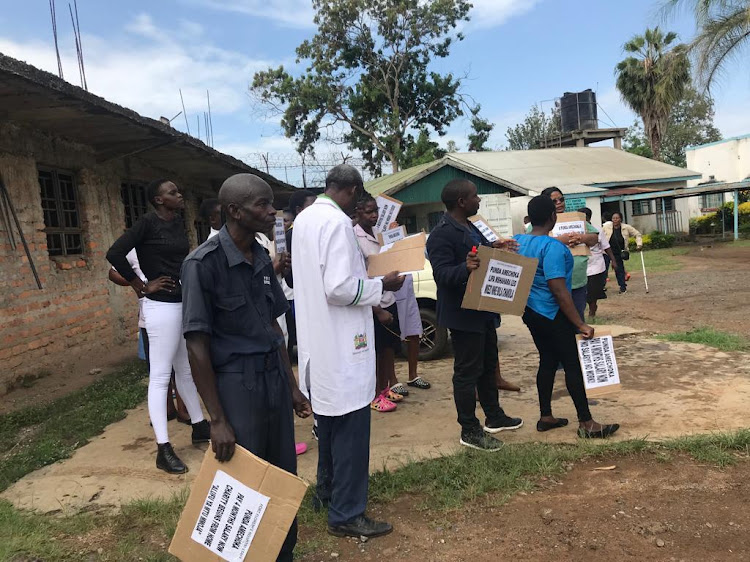 The workers called on the hospital director Dr Joshua Oron to have them paid.

In a memo drafted shortly after the workers' protest and dated May 9, 2022, the hospital administrator Joseph Obat acknowledged that they owe workers salary arrears.

“I highly thank you for your patience and standing firmly with the hospital during this hard financial time. I note however that it has been quite a while before we paid salaries,” he said.

Obat noted that salary arrears have been occasioned by the delays they have experienced from the NHIF and also other financial obligations of the hospital. 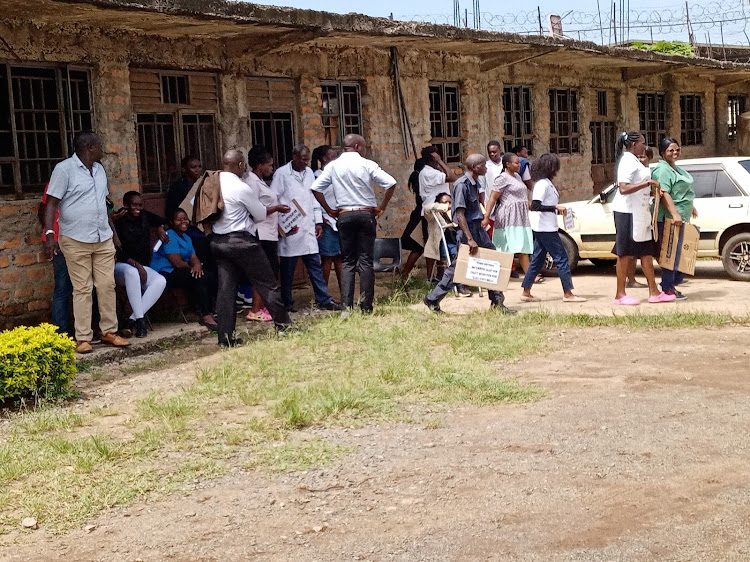 He, however, committed to prioritising payments of the salary arrears in two batches.

“We will pay the first batch of payments on May 15, covering a section of the staff and by May 31 clear with the other half of the staff as we are working to have all the arrears settled over a period of time,” Obat said.

Obat further urged workers to bear with the situation as the hospital management works round the clock to have salary payments regularised.

“It is also important to note that payments are majorly dependent on payment by our main supplier NHIF,” he said.

All health workers told not to interrupt service delivery at their work stations as had been earlier agreed and directed by the union.
Counties
2 weeks ago

The union has advised the public to seek alternative ways to get health care.
Counties
1 month ago
“WATCH: The latest videos from the Star”
by MAURICE ALAL Correspondent, Nyanza Region
Nyanza
09 May 2022 - 14:33