The governor urges to parents, leaders and urban planners to discuss the issue soberly. 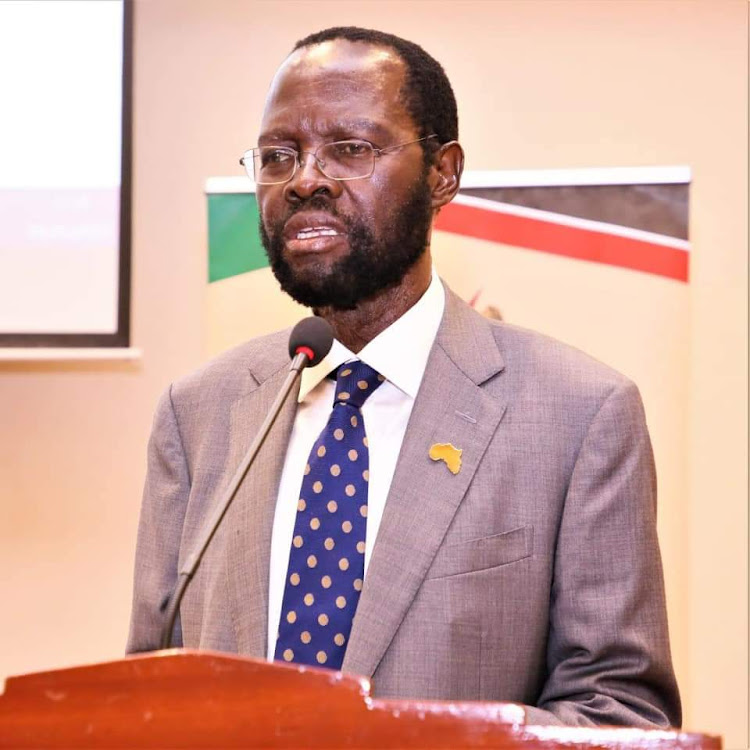 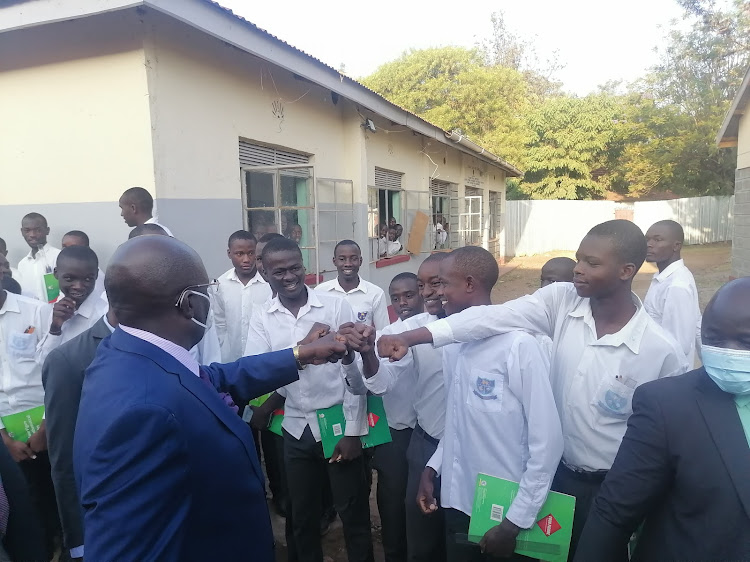 As the debate on the relocation of Kisumu Boys and Kisumu Girls secondary schools continues, Governor Anyang' Nyong’o has said it is wrong to misinterpret his comments.

Nyong'o said there are attempts to insinuate his comments mean learning institutions are less important. He, however, said as a scholar and public administrator, he knows the value of education.

The governor said some people did not get the gist of his statement on the matter, and have been "recklessly" misrepresenting the facts with "a lot of negative energy".

“The said relocation of Kisumu Boys and Kisumu Girls High schools has been raised in many professional forums, the latest being in a report on the 'Transforming Kisumu City Through Enhanced Urban Aesthetics'”, he said.

The governor said these are mere proposals, as validation and public participation, are yet to be undertaken.

“The debate on whether or not to relocate the schools is an important conversation that must not be trivialised or wished away,” he said.

Schools, he said, need calm and friendly environment far from the noise in the cities.

“I support the idea of schools sharing facilities to save on land use. Each school has a field, a swimming pool and other amenities that have occupied land. Why don’t we take them to an area where schools share these amenities?" he said.

"We don’t need to have a field for each school in a town. We need a cost-effective use of land. This should be a subject for debate.”

The governor also appealed to parents, leaders and urban planners to discuss the issue soberly and constructively.

“Indeed, the planning and consultations on whether or not to relocate some of these schools are expected to continue until 2030. This means there is still enough time to make right decisions."

Some stakeholders have opposed the idea.

Education CS George Magoha at the weekend warned against the relocation, saying learners at the twin schools are safe in their current locations.

"So do not scare my students. Every child in this school is as safe as the other one," he said.

But Magoha said any such move would require public participation.

"This is because if you want to relocate schools anywhere else, you will have to ask the people around there," Magoha said.

Nyong'o further said the ongoing transformation of Kisumu, in line with the geophysical and spatial plan, should be supported because it is aimed at revamping the city’s infrastructure.

The plan will also revamp the economy, waste management system and provision of adequate housing for residents.

“In the proposed plans, we are envisaging an integrated, resilient and sustainable urban life.”

He said the central theme of 9th Africities Summit to be held in Kisumu county next week is the role of intermediary African cities in the implementation of the UN 2030 Agenda and the African Union Agenda 2063.

Both the UN and AU recognise that African towns and cities will host more people than the continent’s rural areas in the next two decades.

The expected influx brings into sharp focus the level of preparedness of the urban centres to provide for the large populations.

Nyong’o said these populations will need food, shelter, security, healthy environments to live in and an efficient transportation system.

“This is why we must honestly debate whether we need to have highly populated schools at the centre of cities where they occupy large tracts of land; large parts of which remain unused.”

The Africities Summit reflects the shift in Africa to devolve services and developmental focus away from capital cities.

The debate on the relocation of the schools was last year met with  resistance from residents and alumni.

The association said the decision was ill-advised and it did not make economic sense that two iconic schools would be replaced with hotels and malls.

Mwamu said the schools are historical monuments as they were built during the era of the Kenya-Uganda Railway.

"When writing the history of Kisumu, you cannot do so without the mention of the two schools and we call upon the residents to reject this move," Mwamu said.

The alumnus said the schools serve residents and students from nearby areas who go to school on foot, by bicycle or even use public transport.

"Relocating them to the outskirts of town would deprive thousands of parents and students of affordable and accessible schools," Mwamu said.

The alumni association vowed to resist the move at all cost.

Kuppet has also rejected plans to relocate the schools.

In a statement, Kisumu county Kuppet executive secretary Zablon Awange said attempts by Nyong'o to relocate the schools lacks legal basis, is a misplaced priority and will be rejected.

"As a union, we will reject this misplaced priority and advice the governor there are key issues affecting education in Kisumu county that have been neglected by political leaders in Kisumu," Awange said.

The county government wants to relocate the schools to the outskirts of Kisumu City.
News
2 weeks ago

Like astronomy’s Ptolemaic and Copernican models, only one side will emerge to win the public trust.
Opinion
1 year ago
by FAITH MATETE Correspondent, Kisumu
Nyanza
09 May 2022 - 22:00