Owino is still stranded on how he will foot the remaining bill.

•Owino said that the hospital called him on Tuesday instructing him to pay Sh30,000 immediately for the body to be released from the morgue.

•As of Tuesday, Owino had received about Sh10,000 from online well-wishers, after the Star shared his story. 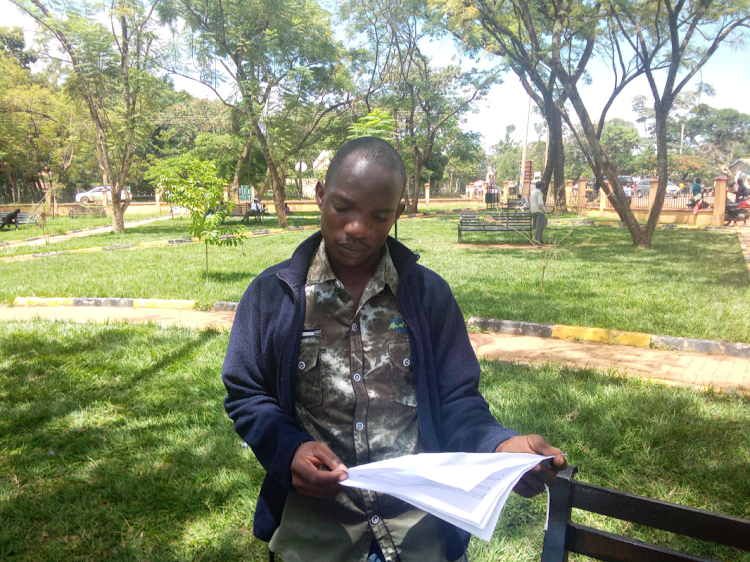 Barack Owino goes through the Sh207,000 hospital bill that accrued for the 70 days that his father was admitted at Siaya County Referral Hospital.
Image: JOSIAH ODANGA

Siaya County Referral Hospital has waived 85 per cent of the total bill a 17-year-old boy, who found his father dead after finishing his KCSE exams, was instructed to pay in order to be handed the body for burial.

His son, Barack Owino, who had just completed his KCSE exams at Ulumbi Secondary School arrived home and received the sad news after waiting for his bus fare in vain.

Ajulu had separated from his wife aeons ago. Consequently, he lived in solitude, with Owino as his only relative.

Ajulu’s patriarchal family is traced to somewhere in Seme, Kisumu county and had acquired a parcel of land in Luri, Gem-Yala.

There, he lived as an outcast, reportedly after having been born out of wedlock in Seme, Kisumu county.

His mother separated from his father and has since died. His father also died.

Owino said that the hospital called him on Tuesday instructing him to pay Sh30,000 immediately for the body to be released from the morgue.

Owino told the Star that the hospital informed him that they had waived the remaining amount.

On top of the Sh30,000, Owino is expected to foot mortuary bills. The mortuary charges cost Sh300 per day and another Sh3,500 for embalmment.

Owino had earlier paid Sh5,000 to the facility.

As of Tuesday, Owino had received about Shh10,000 from online well-wishers, after the Star shared his story.

“I am thankful that strangers have been contributing for me and the hospital has also waived the greatest part of the bill,” he told the Star.

He thanked the Star for airing his unfortunate story.

However, he is still stranded for he knows not where the required amount will come from because people have since stopped contributing.