Oriwo Boys to know KCSE results after one month 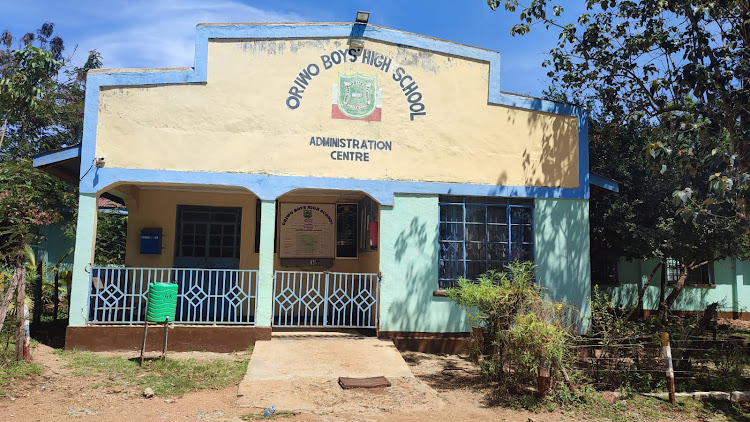 More than 500 candidates who sat their KCSE exam at Oriwo Boys High School will wait for a month before knowing their results.

Results for the exam were released on Saturday by Education Cabinet Secretary George Magoha but those for Oriwo were withheld, pending probe on suspected commission of irregularities.

School principal Maurice Akal on Saturday told expectant parents he was not aware of the reasons behind the withholding of results.

He said he had not received any communication from the Kenya National Examination Council explaining what happened.

On Monday, the council wrote to the school, saying the results will be withheld for a month pending investigations.

“The results of all candidates at Oriwo Boys High school, Centre Code 41731303, have been withheld on suspicion that they may have engaged in examination irregularities ...,” the letter, signed by Knec CEO David Njengere, reads.

Njengere said all candidates at the school were affected.

The officer said investigations were ongoing and that Knec will communicate its findings within 30 days.

“This is done to allow for completion of investigations in the exercise of the powers under Rule 8 and [Rule] 9 of the Knec (handling of examination irregularities),” Njengere said.

Akal was instructed to communicate the message to the affected candidates.

Oriwo Boys has been one of the top performing schools in the national exam.

It has a history of producing top candidates nationally and this has put it on the national map.

The school was listed as one of the most improved schools in the previous year’s (2020) exam.

Region failed to produce a single grade A. It had only managed a few A minuses in Matuga Girls and Kwale High School
Counties
3 months ago

Principal Maurice Akal says he is yet to get official communication from Kenya National Examinations Council.
Nyanza - Page 29
3 months ago