The governor says the colours should be lake blue and white

• Governor Nyong'o said the colours should be lake blue and white.

• The governor said his administration has initiated talks with paint suppliers to provide a workable discount to Kisumu residents for paint and painting equipment. 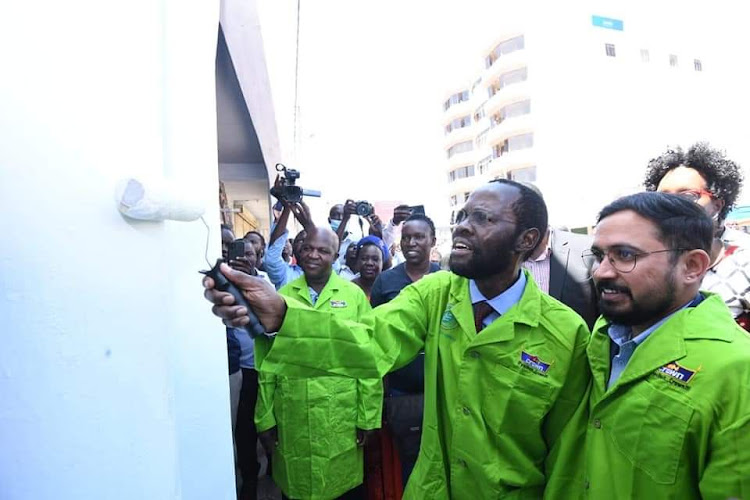 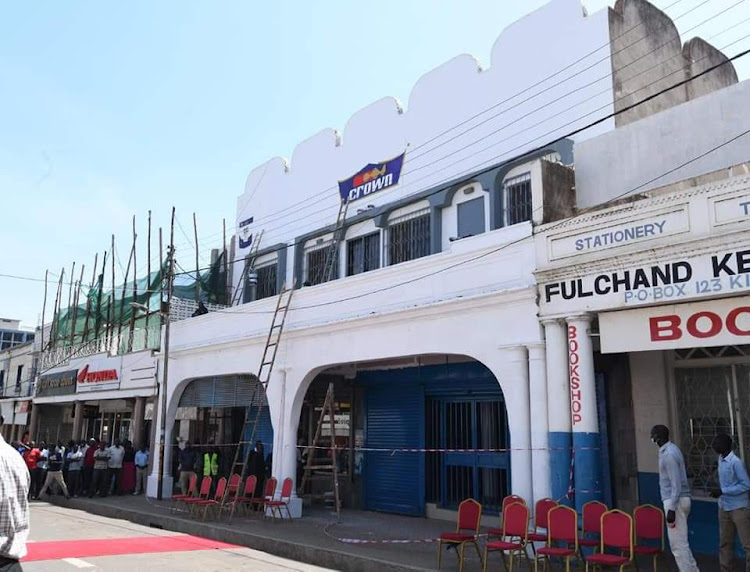 A repainted building along Oginga Odinga Street ahead of the Africities Conference next month.
Image: FAITH MATETE

The Kisumu government has ordered buildings in the CBD repainted within 14 days in readiness for next month's Africities Summit.

Governor Anyang' Nyong'o said the colours should be lake blue and white.

He said this is part of the county's preparations for the 9th Africities Summit to be held between 17 and 21 May. The repainting will also beautify the town, the governor said.

"Just like a family spruces up the homestead ahead of an important visit by guests, we have taken the initiative to change the face of the city, especially the CBD," Nyong'o said.

"We have formally asked everyone owning a house in Kisumu CBD and the environs to paint them with lake blue colours and stripes of white".

Nyong'o said this will not only improve the city’s aesthetics but will bring uniformity. He said the cities that have done this are "spectacularly beautiful".

To enhance uniformity, he said, the county is also working on ensuring that road kerbs are repainted.

"We have a tight deadline and I am appealing to building owners to cooperate," he said.

The governor spoke when he launched the repainting drive on Thursday.

The governor said his administration has initiated talks with paint suppliers to provide a workable discount to Kisumu residents for paint and painting equipment.

"I would like to thank Crown Paints for accepting to partner with us in this exercise. I hope more companies will come on board. Kisumu must shine," Nyong'o said.

The governor said past efforts to beautify the city have paid off. The streets are now neat and there is organised flow of traffic.

"I want to thank everyone, including the business community and all the residents, for supporting our transformative journey," Nyong'o said. 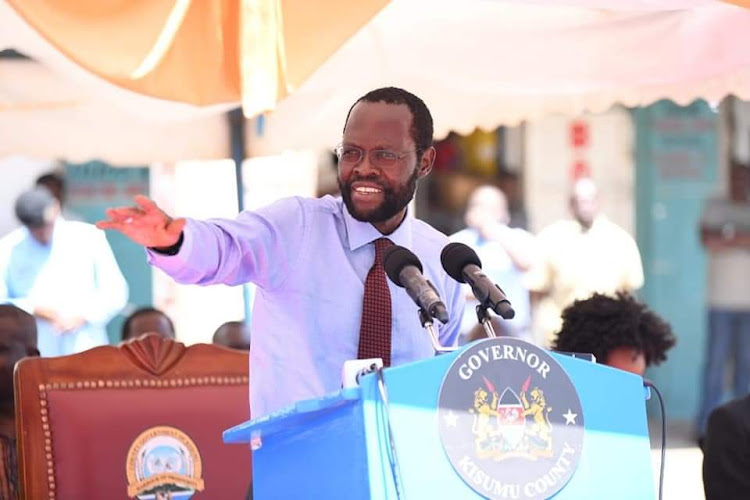 Preparations in top gear to host Africities in Kisumu

Among facilities targeted for face-lift include Ofafa Memorial Hall.
Counties
5 months ago

County government has partnered with the corporate sector to give the urban area a major facelift.
Counties
1 year ago
“WATCH: The latest videos from the Star”
by FAITH MATETE Correspondent, Kisumu
Nyanza
15 April 2022 - 22:00