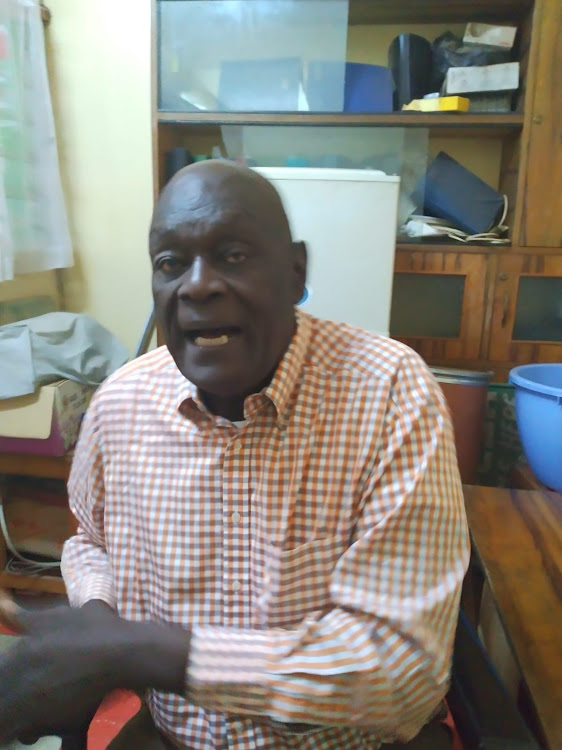 Gumo said it was hypocritical for him to remain silent as his close lieutenants, led by Gatundu South MP Moses Kuria, continued to attack the founding President Jomo Kenyatta’s widow.

Speaking to the Star in his Kitale office on Saturday, he said it was unfortunate that Kuria resorted abusing his senior most constituent instead of addressing the needs of the people of Gatundu south.

Gumo, who is a member of ODM leader Raila Odinga’s outfit, said no agreement was made to zone off some regions for particular parties.

“The Azimio coalition didn’t okay zoning of any region at all. We will have free and fair nomination process but not through zoning," he said.

ODM, he said, will field candidates in all electable seats across the county.

“I am sure as a coalition we will be conducting free, fair and most transparent nominations in all elective seats all over the country to enable us get the majority seats," he said.

Gumo also said that the ODM leader will emerge victorious during the August polls.

He said it will be disastrous for the populous Mulembe nation to be left out of government, which he said will be formed by Raila.

"The aim of those opposed to the Azimio la Umoja is to take the Mulembe nation to the Opposition. They have no agenda and they are going nowhere."

Saboti MP Caleb Amisi, in a press conference in Mombasa, dismissed reports alleging that the outfit had reached a zoning agreement with the DAP-K for fielding candidates in Western Kenya and Trans Nzoia.

In a similar presser held in Kitale, ODM officials and aspirants differed with their DAP-K partners for spreading rumours that Raila Odinga had reached a zoning agreement for fielding candidates in the rich Mulembe nation.

The young Muliro  is in the Senate race.

DAP-K chairman in Trans Nzoia Joshua Werunga dismissed the claims, saying each party in the coalition was free to field candidates in the region.

"Democratic Action Party-Kenya will be fielding candidates in all elective seats in Western and by extension Trans Nzoia," he said.

I wish Mama Ngina would keep off politics - Cherargei

He said that Mama Ngina should preach unity and love.
News
10 months ago

She said the head of state also attacks the leaders who disagree with him.
News
10 months ago

"We have demonstrated that we are shameless and lack discipline,” Muiu said.
News
10 months ago
Post a comment
WATCH: The latest videos from the Star
by DAVID MUSUNDI
Nyanza
27 March 2022 - 22:00
Read The E-Paper