We're in talks with Uhuru, Raila to cobble deal —Kalonzo 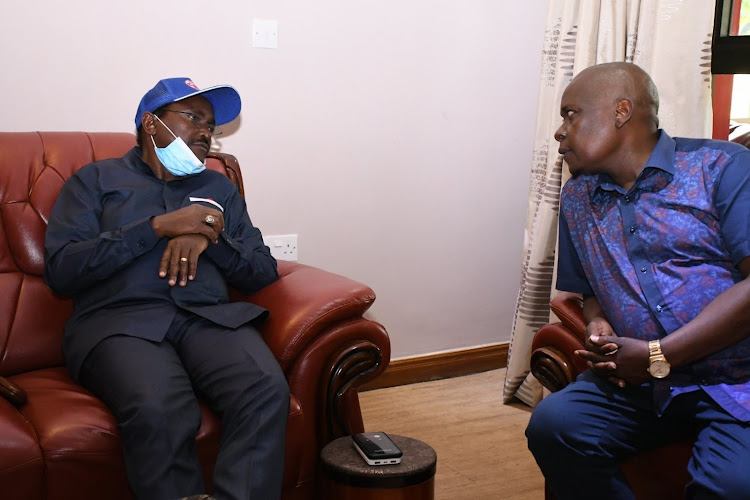 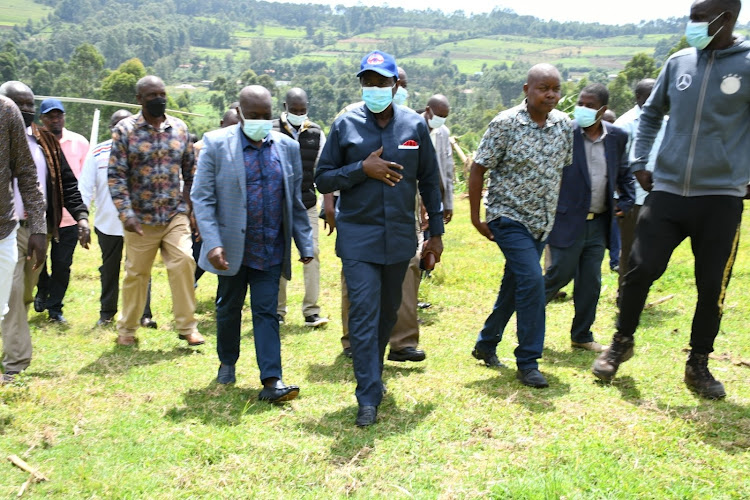 Wiper Party leader Kalonzo Musyoka has said they are in talks with President Uhuru Kenyatta and ODM leader Raila Odinga for a major political deal.

Kalonzo said they are planning to have serious talks with Uhuru and Raila for possible super alliance ahead of August elections.

"I have made it clear that we are talking to President Uhuru Kenyatta. You may be thinking that he is going away but he is busy strengthening Jubilee," Kalonzo said in Nyamira on Thursday.

Kalonzo said Raila is a brother in struggle with whom they have worked together for more than 10 years.

There are indications that Kalonzo and his One Kenya Alliance brigade will formally team up with Raila to form a political juggernaut of at least 19 parties on February 26.

Jubilee and ODM have scheduled their National Delegates Conferences on the same days, February 25 and 26 at KICC and Nyayo Stadium, respectively.

According to the plan, delegates of the two parties shall then converge at Nyayo where Raila will be unveiled as the Azimio la Umoja presidential flag-bearer.

It is at the Nyayo meeting where Kalonzo and his troops are expected to formally team up with Raila.

Oka bringing together Kalonzo, Martha Karua (Narc Kenya), Gideon Moi (Kanu) and Cyrus Jirongo (UDA) are working on a tight schedule to have their parties approve the deal.

Kalonzo however dismissed those who were forcing him to join the Azimio group, saying it was yet early to do so.

“Those governors Alfred Mutua (Machakos), Charity Ngilu (Kitui) and Kivutha Kibwana (Makueni) are having their terms running out and cannot dictate the politics of the Ukambani community," Kalonzo said.

He said they were peddling falsehoods that he was losing grip in Ukambani.

“Some of these leaders who are talking big may not survive in the next government where some of us could be," he said.

He termed them as sympathisers of Raila, saying their politics could not change  the politics of his political backyard.

The Wiper leader also drummed up support for the second-term Wiper MP, saying he has seen his character and goodwill for Nyamira people hence would be the better option for Nyamira county.

Kalonzo is planning a two-day tour of Kisii to popularise Oka. He will be joined by Karua and Gideon.

The former vice president said Kenyans need to have leaders who can give a clear direction for development in the country.

He said that is his motivation for the talks with Azimio, saying his political journey with Raila defines it all.

“If there is a person who is fit to be the next president of Kenya, it is Kalonzo. I urge Kenyans to vote for him if they want a better Kenya."

Wiper vice chairman Victor Swanya said those seeking to vie on a  Wiper party ticket should not worry because the nominations will be fair and transparent.

“We are going to field candidates in all seats, ranging from the MCAs to the president," he said.

During the meeting, 10 members from Nyamira ditched their parties and joined the Wiper.

Jirongo and Gideon say negotiations with like-minded parties are ongoing, while Karua appears to contradict
Counties
7 months ago

Azimio is the way to go - Ukambani governors