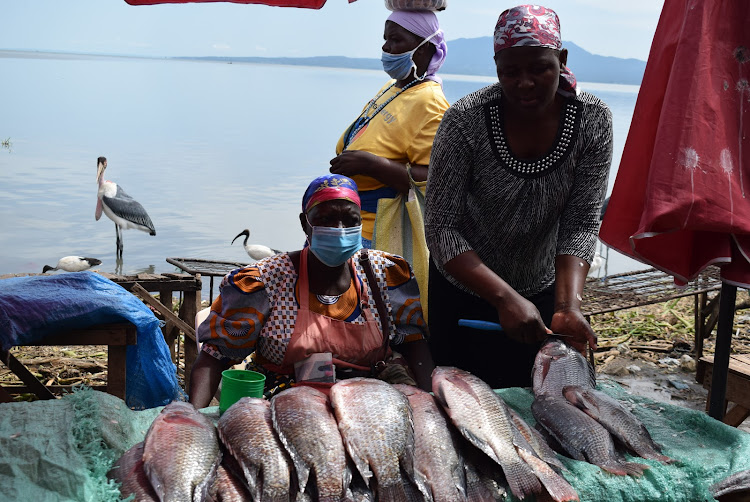 Juma argued some dishonest fishermen have continually engaged in outlawed practices that interfere with growth of fish in the lake.

The county government official spoke after a section of fishermen raised concerns of losing their jobs due increased fish importation.

The fishing community led by traders Alice Odhiambo and Rose Langa claimed that imported fish are taking over the market in Homa Bay.

Odhiambo who sells tilapia said the imported fish are sold at lower prices which is a threat to their business.

“Some people introduced foreign fish in our markets. They sell them at throw away prices yet they are not sweet,” she said.

Speaking to journalists at Pier market in Homa Bay town, Langa, who is the chairperson of the traders, said sometimes they have to sell their fish at a loss to prevent them from going bad.

“They transport tons of fish using lorries to Homa Bay. In a day, at least six lorries enter our market,” Langa said.

“Lake Victoria is the main source of livelihood for many people in Homa Bay. We’ll not allow bad fishing practices to destroy the sector,” Juma said.

They say the service would boost business for people living in the area.
Counties
1 year ago

The hippo overturned the boat in which Osano was using during the fishing expedition.
Counties
1 year ago
Post a comment
WATCH: The latest videos from the Star
by ROBERT OMOLLO
Nyanza
03 February 2022 - 22:00
Read The E-Paper