The officers picked from all the seven subcounties 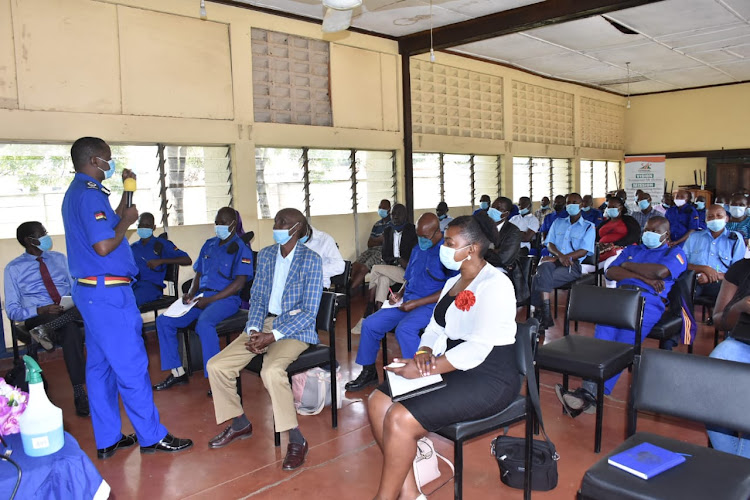 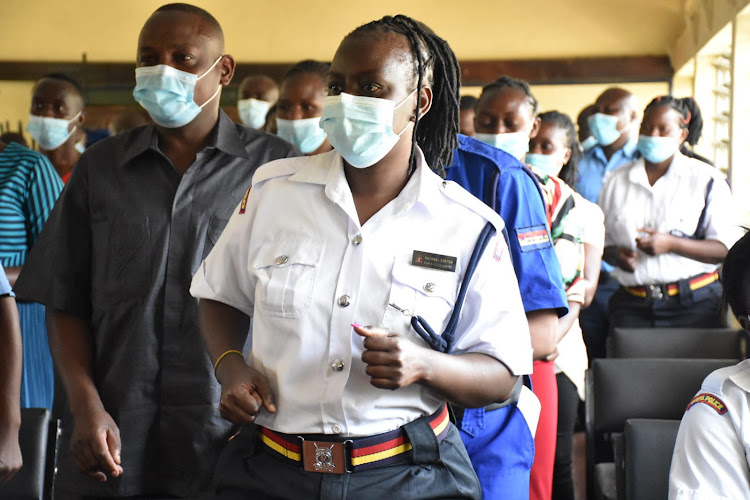 Police in Kisumu have decided to address concerns over the mental health of officers within the county.

In partnership with Life of Children organisation, the police boss said they offered counselling sessions for 100 officers picked from all the 7 subcounties in Kisumu.

Police commander Richard Ng'eno said the mental health of officers should be given a priority.

Ng’eno said they realised their officers are experiencing a number of issues relating to work, family and personal life so they thought it wise to conduct the workshop.

“We have brought psychologists, counsellors and several professionals to talk to the officers about life and issues on families, alcoholism, stress and financial problems," he said.

He also lauded the officers for exemplary patriotism and encouraged them to live and work for themselves and their families.

With the rising cases of officers committing suicide in Kenya, Ng'eno said he wants to change the narrative in the lakeside city.

“There is need to guide and counsel police officers and also remind them that they have families who depend on them so they should cease from doing anything that can jeopardise family," said Ng'eno.

Ng’eno urged the officers to seek for help from their seniors, fellow colleagues when they are overwhelmed.

Dr Agwanda Raila the director for Life of Children organisation said there many mental illness cases within the police force.

He said that police are living in squalors condition and their welfare is not taken care.

Agwanda also talked on the arbitrary transfers which are effected without considering officers' families leaving them frustrated and stressed.

He said that sometimes they are not well appreciated especially when they get injury in the line of duty.

"Majority of officers are in denial and resort to drugs abuse to avert the reality,"he said

He appealed to the national government to develop rehabilitation centres for the police officers having mental problems.

Loice Okelo, a counsellor said that since Covid-19 began in March 2020, she has  received a high number of police officers seeking for help due to depression. 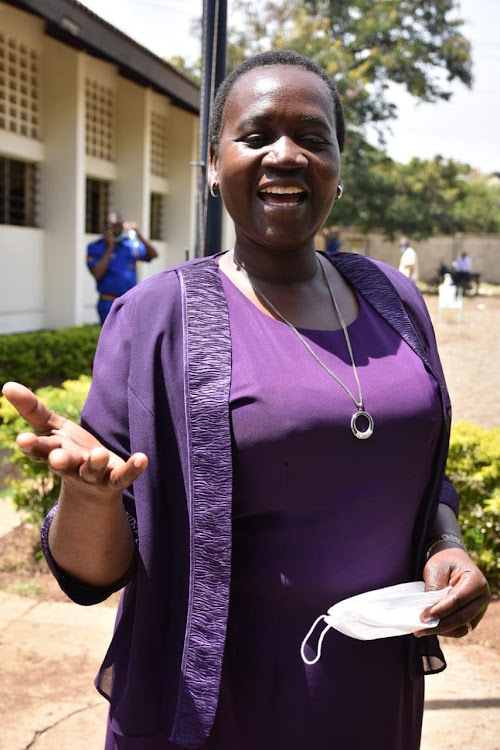 CHITAYI MURABULA: Why NPS must engage psychiatrists for mental health of police

Police are required to handle stress and trauma issues responsibly. But this is not always possible
Opinion
5 months ago

He said the officers, like other members of society, are susceptible to stressful work environments.
News
5 months ago
by FAITH MATETE Correspondent, Kisumu
Nyanza
27 January 2022 - 22:00