Man killed during protests over tutor's death in Gem 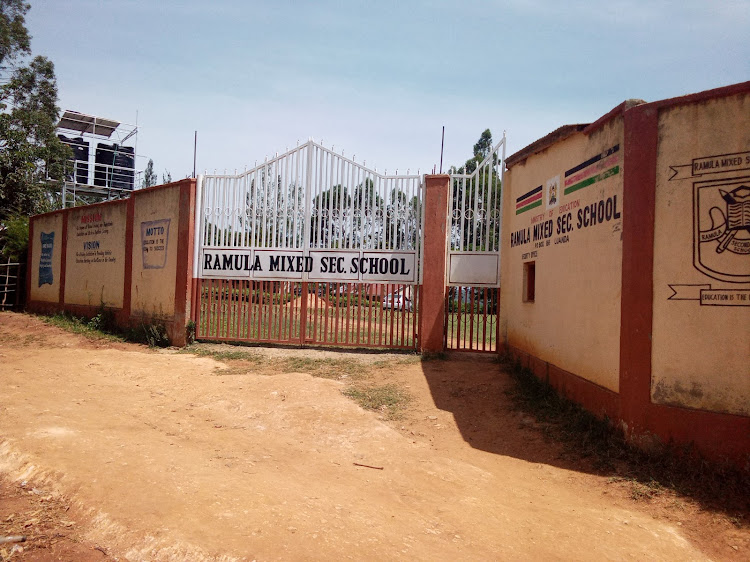 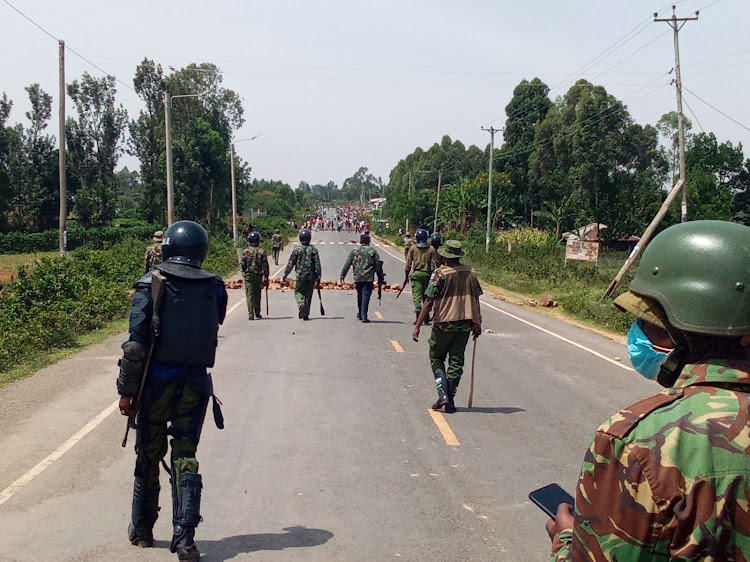 A man was shot dead as residents of Gem in Siaya county protested the death of a teacher whose body was found in his rented house on Sunday.

Residents of Gem Ramula village were protesting the death of Calvince Okello, who was a teacher at Ramula Mixed Secondary School. Police said he died by suicide.

Reagan Ndindi, 21, was a pillion passenger on a boda boda on his way to work when he was shot dead during the protest.

Police were shooting to disperse angry resident who had engaged them in running battles during the protests.

Trouble began when the angry students stormed Ramula police post to demand justice for the death of their History and Kiswahili teacher.

Okello had been accused of defiling a female student.

"A female student filed a police report on Saturday, accusing the teacher of defiling her. Subsequently, the teacher committed suicide in his rental house. As we went to collect the body on Sunday after it was discovered, some of the students came with the victim who filed the report while roughing her up saying she had influenced the death of their teacher," Gem subcounty police commander Chacha Mwita said.

"The teacher's body was on the floor in his house and we found a rope on his neck and a piece of that rope was stuck on the roof. This is now a police case and is under investigation. The body now lies at Yala Sub-County Hospital Mortuary," Oogo said.

"The students together with some residents, confronted the police and a young man was killed in the process," Oogo added.

According to Ndindi's mother Millicent Onyango, her son was going to work when he was killed.

"My child works as a helping hand at construction sites. He left home for work. Soon afterwards, I received information that my child has been felled by a police bullet at Ramula," she said.

The distraught mother who said she buried both her husband and first born child in September 2021, is now urging the government to ensure justice is found for her son.

"I am really pained that yet again I am burying a mature male child. It is just last September that I buried both my husband and my first born son. I want justice for my son who has been killed by the police,"she said.

The boda boda rider who was with Ndindi sustained a bullet wound on the  thigh and was taken to Yala Sub-County Hospital.

It is suspected that police in the area have a hand in the death of the teacher.

A female resident alleged that the girl, 17, who was reportedly defiled was in an intimate relationship with both the teacher and one of the police officers in the area.

"The female student was double-dealing the teacher and the police. We know that the teacher has been killed by the police. The suicide narrative is a cover up," the female resident who requested anonymity claimed.

Seth Baraka, an MCA aspirant in East Gem has called on residents to remain calm and embrace dialogue, saying violence will only lead to more deaths.

Ramula Secondary School principal Pamela Miyuma, who the police had accused of inciting the students to raid the police station, was not in the school to respond to the allegations.

The school's secretary was not willing to share the principal's contacts, and even that of her deputy, with members of the press.

Preliminary findings indicate that Chebet shot Andari in the chest before turning the gun on herself.
News
3 months ago

Mulanda was reported to have been arrested from a bar by the four officers after the owner called them.
News
3 months ago

Man kills wife, sends SMS to in-laws, then hangs self in Siaya

The couple is said to have had wrangles over childlessness.
Counties
3 months ago
by JOSIAH ODANGA
Nyanza
25 January 2022 - 05:00