Omondi Muluan lost to the incumbent Samuel Atandi in 2017

•On Sunday he said he will be seeking the seat on the ODM party ticket.

•Atandi, Muluan and University don Nicholas Kut Ochogo will battle it out for the party ticket during the primaries in April. 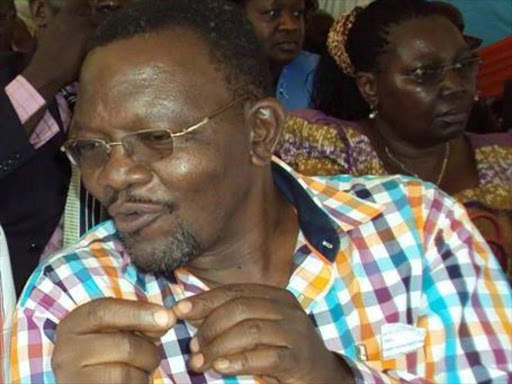 Muluan lost the seat to the incumbent in 2017.

On Sunday he said he will be seeking the seat on the ODM party ticket.

Atandi, Muluan and university don Nicholas Kut Ochogo will battle it out for the party ticket during the primaries in April.

Rasanga shelved his parliamentary seat to focus on the Azimio national campaigns.

Kut has been traversing the county to popularise his bid, he is optimistic he will beat his opponents in the primaries.

The lecturer once worked as the Siaya public service board chairman.

“Our party will conduct free and fair nominations because that is what we stand for and I will clinch the ticket,” he said during a recent interview with the Star.

Atandi is optimistic he will break the jinx that has seen the incumbent serve just one term since the introduction of multiparty politics.

The MP says he has delivered on his promises to the people and has no reason to doubt their support for a second term.

Muluan who hails from Alego-Karuoth clan of Alego West ward said he wants to be given another opportunity to continue implementing the projects he initiated between 2013 and 2017.

He floored former area MP Edwin Ochieng Yinda in the party’s nomination in 2013 but was controversially edged out and denied the ticket.

He decamped to the Wiper party and won.

“I will be seeking to reclaim the seat. I want to refute rumours, I want to be the deputy governor,” he said.

David Oloo a voter said they will be keen to elect a development conscious leader.

“ We will go for a humble leader who respects voters, who is not non-violent and has the interest of his people at heart,” he said.

Another voter Josephine Akinyi said she will back a candidate who will ensure equitable distribution of CDF funds and bursaries.

“We want a leader who honours their pledges and will not encourage corruption and nepotism,” she said.

Muluan is amongst leaders from Nyanza who were welcomed back to the ODM fold in 2020 by party leader Raila Odinga.

He urged Nyanza residents to ensure they register as voters before the end of the second phase of the mass voter listing.

“ We must ensure people are mobilised to vote for our candidate for the presidential race . We must not get excited that Riala has won without first obtaining the critical electoral document,” he said.

Governor Rasanga has withdrawn from the race and endorsed his former employee.
Counties
4 months ago

The lecturer said leaders who have a track record can not be worried of facing the voters.
Counties
6 months ago