Two men are suspected to have confronted Ouma, accusing him of causing a disturbance 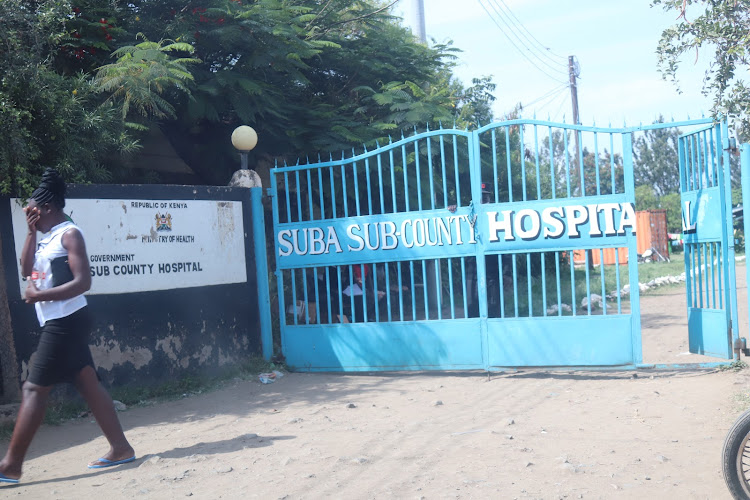 A 30-year-old fisherman was killed when a fracas erupted in a bar in Sindo market, Suba South, Homa Bay county.

Job Ouma died after being stabbed in the stomach with a knife inside the bar.

Two men suspected to be fishermen confronted Ouma and accused him of causing a disturbance as they were drinking beer.

Eyewitnesses said the stabbing happened when the victim engaged the two men in a fistfight after being accused of disturbing the peace.

The witnesses further claimed that Ouma grabbed two bottles of beer and tried to hit one of the two men before other revellers blocked him.

During the confrontation, one of the people he was fighting with unleashed a knife and stabbed him.

Ouma died as he was being rushed to Sindo Subcounty Hospital.

“One of the men stabbed him as people were trying to separate them and quell the situation. We rushed him for treatment, but he unfortunately died before reaching the hospital,” a resident said.

The owner of the bar, Bernard Magio, said he was informed of what happened after the stabbing incident.

The incident attracted a crowd of people who made attempts to arrest the suspects who are said to have escaped through the backdoor.

Magio said the crowd wanted to lynch the suspects.

He told journalists on Tuesday that no suspect has been arrested.

“The matter has been reported to the police at Magunga station for investigation. We are yet to establish why the men fought and killed their colleague,” Magadi said.

Traders, led by Okambo Kisiara, asked police to increase police patrol in the town centre to reduce cases of crime.

He said businesses may not thrive should such criminal activities increase.

“We have had cases of break-ins at shops. The town will not grow economically if insecurity is not addressed,” Kisiara said.

Ouma’s body was taken to Suba Subcounty Hospital morgue for a postmortem.