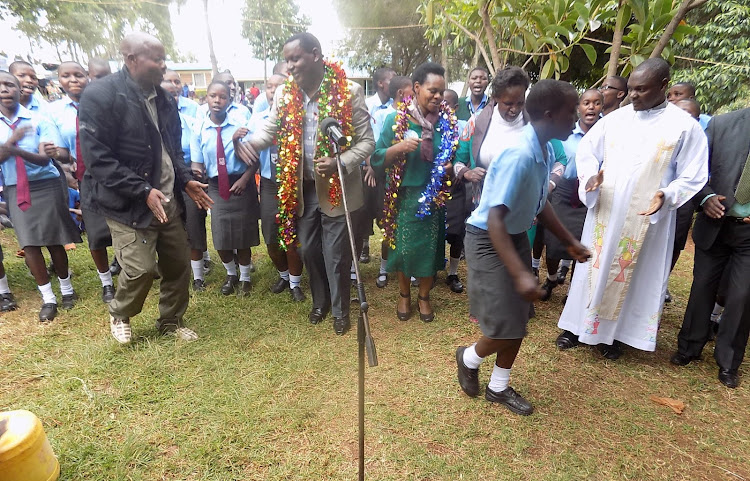 Tong’i said aspirants have the right to sell their policies everywhere without intimidation.

He said nobody should be forced to attend political rallies but should be allowed to make independent decision on their preferred candidate.

“Every aspirant has a right to crisscross any corner of  the country to sell their policies without interference from any quota,” Tong'i said.

The MP was addressing mourners at Riang'ombenene village on Monday during the burial of his uncle Christopher Nchore Makori.

The lawmaker, who is serving his second term, has not indicated whether he will defend his seat.

Among those who are seeking to succeed him include veteran editor Eric Obino, Zaheer Jhanda and James Kenani among others.

Tong'i discouraged youths from being used by politicians who are out to achieve selfish interests.

“The youth need to understand the country needs them to take  up leadership positions,” Tong'i said.

His remarks come four days after Transport and Infrastructure CAS Chris Obure condemned an incident where some youths attempted to disrupt his political meetings.

Obure, who is seeking to succeed Governor James Ongwae termed the actions shocking, retrogressive and uncalled for.

The same group attempted to raid Obure’s meeting at Banana Resort in Kisii.

The former Kisii senator was meeting delegations from Bobasi constituency.

Tong'i urged locals to seize the opportunity and enlist as voters so that they can exercise their democratic right.

“Use the second and last phase to register as voters. This is the only way you can elect leaders of your choice,” the MP said.

Tong'i says the projects will ease the movement of goods to the market in the constituency.
Counties
5 months ago