Over 4,000 litres of illicit brew destroyed in Kabondo Kasipul 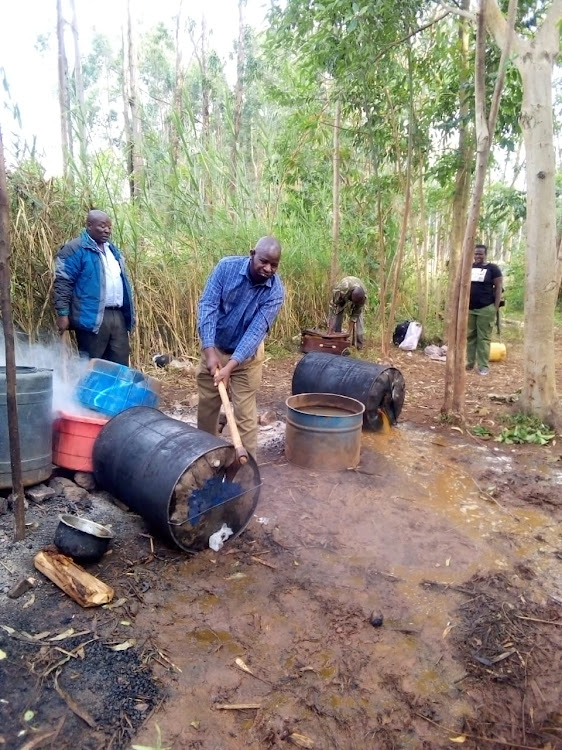 More than 4,000 litres of illicit brew was destroyed by security officers in Homa Bay's Kabondo Kasipul on Monday morning.

The officers poured the illicit liquor at the production site in Kanyandiko village.

Kasewe chief Moses Ongere said they raided the place after they got a tip off from members of the public that some residents were engaging in production of illicit alcohol.

The outlawed liquor was being produced in a sugarcane plantation.

“It’s unfortunate the suspects disappeared before we arrived. We expect to arrest and charge them once they are found,” Ongere said.

He said chang’aa brewing is being done outside the law. 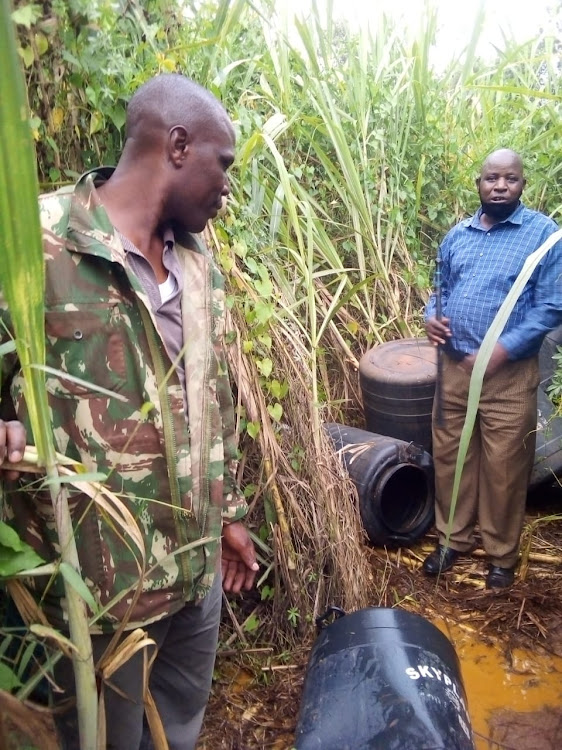 ILLEGAL BREW: Security officers near containers which are being used for producing illicit brews in Kasipul constituency on January 24.
Image: ROBERT OMOLLO

“Let residents who know the whereabouts of the suspects to report to us, so we arrest them,” he added.

Rachuonyo East police commander Justus Kucha said they will not allow such businesses to thrive in the area.

The officer said preliminary investigations reveal that the suspects were operating without license.

Kucha warned residents against indulging in such illegal activities.

“Inspections were done and we found that the suspects were engaging in illegal and unsafe business. We’re pursuing the suspects for arrest,” he said.

“Let the suspects come out and surrender to us because they will not hide for long,” Kucha added.

The officers took containers and other items which were being used for storing and producing the brew to Centre-Sori police post.

Some were destroyed by deforming and setting a blaze.

They recovered items will be used as evidence against the suspects in court. 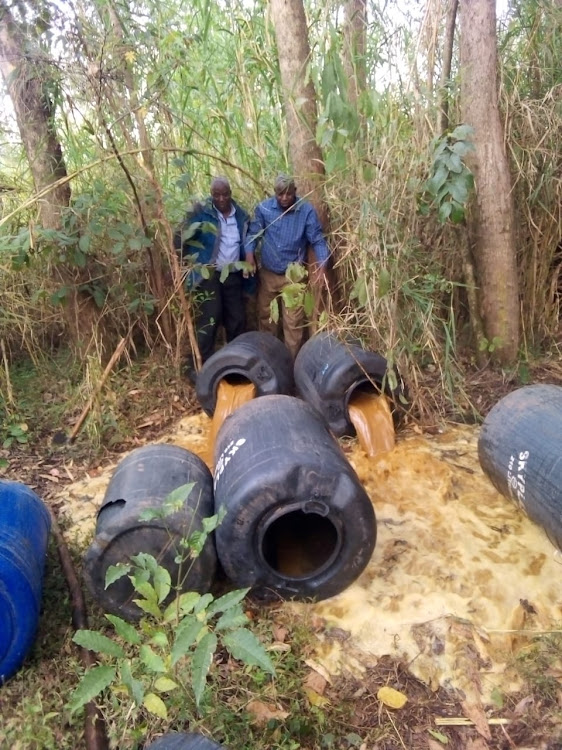 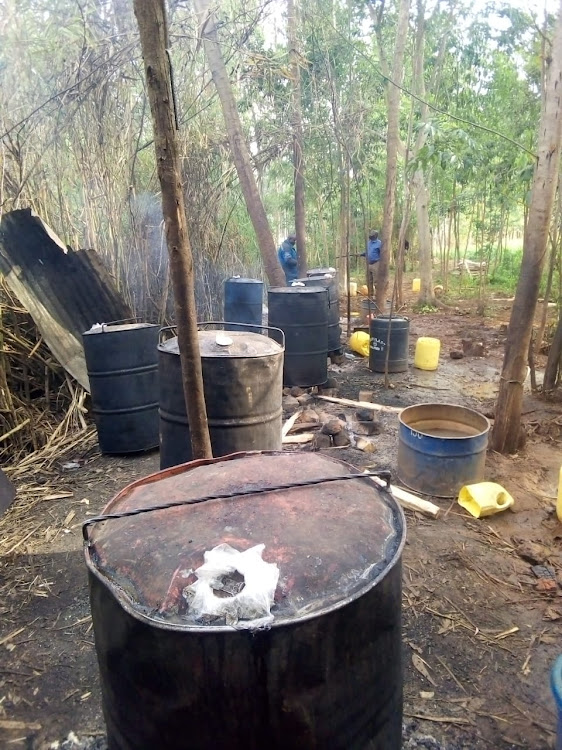 This follows his Thursday meeting in Kuria, Migori county where he held a rally at Kehancha stadium.
InPictures
3 months ago

The traders who operate in Homa Bay, Kendu Bay and Mbita towns decried that KeNHA did not give them notice before the demolition was undertaken.
Counties
3 months ago
by ROBERT OMOLLO
Nyanza
24 January 2022 - 22:00