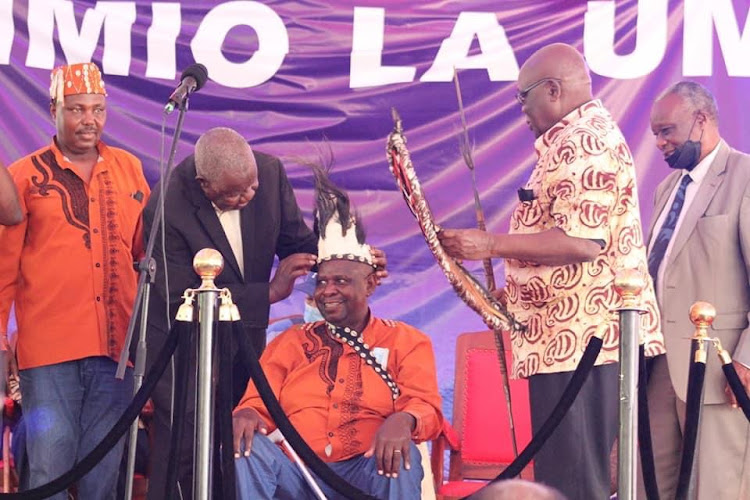 Kikuyus do not have any problem with Luos and their perceived enmity is generational stupidity, elders have said.

"We don’t have any grudge with the Luo community to be at loggerheads every political season," Kiago said.

He spoke at the home of Siaya Senator James Orengo in Ugenya.

Kiago said the gods will punish Luos and Kikuyus if they don’t remain united.

"The first person to hand over power to our community was the late Jaramogi Oginga Odinga and that was a clear indication that the two communities were brothers and sisters," he said.

The elder said the generation that is breading animosity has no idea of the political history that connects the two communities.

“In our unity pact we have incorporated the youths to ensure the unity ties last even after the 2022 general election and the generations to come,” he said.

The Kikuyu chairman added that they are looking forward to cement the ties between the two communities, and invite other like-minded groups  for the interest of the country and not a few individuals.

“When the handshake happened, many people were in denial that the unity between Raila and President Uhuru will not last because of the generational animosity between the two communities,” Wachira said.

His sentiments were echoed by Maina Kamanda who added that they usually differ bitterly with the Luo community during elections and the differences end after elections.

“The Luo community has never killed any of our keen unlike other communities that we pretend to be close to,” Kamanda said.

Jeremiah Kioni, who attended the meeting, said Luos are their best friends but divisive politics deceives them to go against each other.

Kioni recalled that looking back in the Kenyan history ,it’s only the Luo community that offered to help them secure their land.

The Luo council of elders leader Mzee William Otondi commended the Kikuyu elders for reviving the lost unity between the two communities.

Otondi said it is always exciting when the two communities agree to work together for the benefit of the entire country.

Luos and Kikuyus are perceived to be mending fences at a time when ODM leader Raila Odinga is seeking to succeed President Uhuru Kenyatta in the August 9 general election.