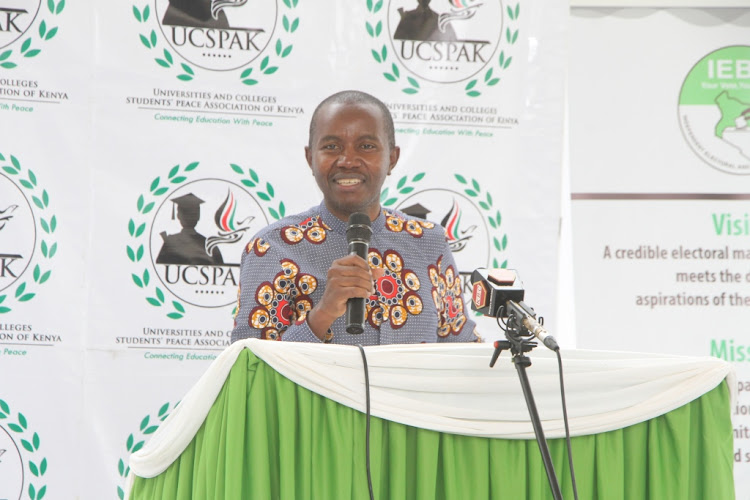 Kenyan youths have been urged to take an active role in the August 9 general elections by registering as voters.

“Youths should take advantage of their numbers to drive change in the country, and the first step is by registering as voters followed by taking an active part in elections,” Mucheru said.

He said by taking part in policy formulation the youths will easily ensure there is peace in the country.

He was speaking on Friday at Mabera Technical and Vocational College in Kuria West constituency during the second national student convention on peace and election organised by the Students’ Peace Association of Kenya (UCSPAK).

His sentiments were echoed by United Nations resident coordinator Stephen Jackson who said fake news and social media have been the greatest test for peaceful elections.

He said that the UN will walk with the country to promote peaceful elections.

Mucheru: I fear no one except God, must tell youth the truth