Chemelil Sugar workers to start getting full salaries after July 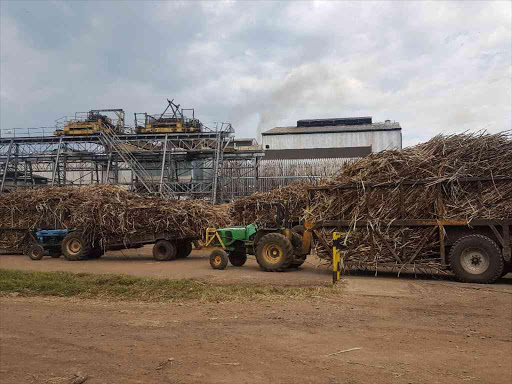 Workers of the troubled government owned Chemelil Sugar Company are set to start receiving their salaries in full after July.

The workers will however receive their one month salary arrears by mid February.

This is part of resolution made to resolve the stalemate at the company.

The workers had gone on strike paralysing operations at the factory.

A series of meetings have been held with the management of the company and Kenya Union of Sugar Plantation and Allied Workers since December 22 last year.

However last Wednesday, a resolution was made for the company to adhere to and communicate to all the workers during a meeting of the interim management committee, representatives of the union, company management and AFA-Sugar Directorate.

This is according to documents seen by the Star  titled ‘Resolution between Chemelil sugar company management and union officials’ signed by Interim Management Committee chairperson Ann Nyaga,(CAS Ministry of Agriculture, Livestock, Fisheries and Cooperatives).

“Full payment plan to be developed by management and communicated to staff by possibly after July 2022 few months after maintenance,” the document read.

According to union leaders, salary arrears date back to July 2017. By July 2022, it will be five years since the employees last received a full salary.

In other resolutions, in terms of factory operations, the Agriculture ministry will appoint a board of directors to oversee management of the company.

On payment of retirees, “The payment of retirees benefits to continue as is the case currently but other payment plans taking into consideration for lump-sum payment, to be explored and communicated to the ministry for approval. Timeline is August 2022”.

Nyaga said in the resolution that to ensure the sugar factor operates continuously and generates the much desired revenue, all workers are expected to maintain discipline and commitment at their places of work and all times.

‘They should desist from activities that can lead to any loss such as switching off of machines without engineers authority or when there is no breakdown”.

She said indiscipline will not be condoned and firm action will be taken against those found culpable.

She further said in the resolutions that the communication between management and employees must immediately be enhanced and effectively to avoid misinformation.

A major maintenance at the factory has been slated for May.

Some of the state owned miller in the region include, Chemelil, Sony Sugar, Muhoroni and Miwani

I will revamp sugarcane sector in Muhoroni, says Outa

They said the situation would affect the livelihoods of cane farmers.
News
5 months ago