Farmers say the import occasioned a Sh1.3 billion loss in the industry

•The farmers on Wednesday said the sugar did not come from Uganda as it was initially thought.

•They said the issue of the Bilateral Trade Agreement on sugar with Uganda is being abused by government officials who pretend to be passionate about it. 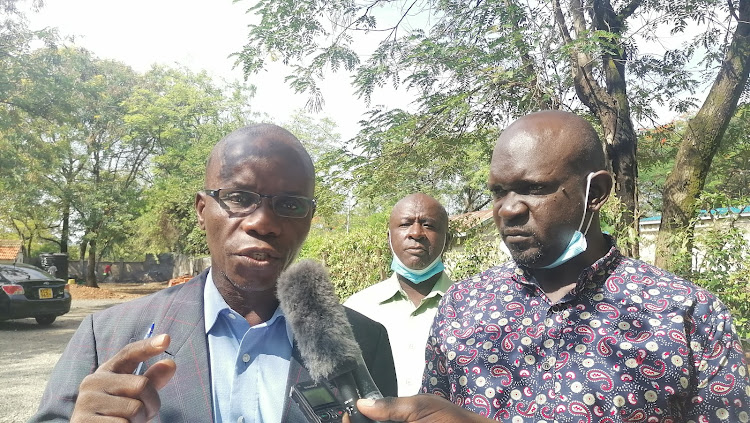 They said the import causeda Sh1.3 billion loss in the sugar industry because it was over and above the yearly quota and violated a court order.

The farmers on Wednesday said the sugar did not come from Uganda as it was initially thought.

They said the issue of the Bilateral Trade Agreement on sugar with Uganda is being abused by government officials who pretend to be passionate about it.

However, they are the ones facilitating illegal, and substandard sugar from other origins to get into the country.

Arum said the sugar which was worth Sh2.4 billion, came into the country without any approvals from the regulator.

They said this is a similar scenario that happened in December 2020 after the quota was declared exhausted and 10,000MT of sugar brought in illegally.

“Over mature cane of up to 36 months is still going to waste in the fields yet we say that there is sugar deficit,” Arum said.

Kenya Sugarcane and Growers Association secretary general Richard Ogendo said farmers have been fighting about imports while the government elements are busy fighting to get import permits.

He alleged sugar-loaded elsewhere is coming into the market in the pretence that it's coming from Uganda.

“This is a scandal, Sh2.4 billion worth of sugar imported by two importers at the expense of 8 million Kenyans whose livelihood are now at risk,” Ogendo said.

He said they have gone out of their way to look for the entries, and documents related to that particular consignment because it was brought in over and above the Comesa quota.

“KRA should tell you where this sugar is, who inspected the sugar and why it is not on the cane trade and why the unique consignment reference number does not reflect on Kenya Bureau of Standard system,” Ogendo said.

Walter Ojuka, a farmer, said they are disappointed because the issue of imports has affected them hence they can no longer harvest their cane and called on leaders from the region to take up the matter.

“We elected them and they are not protecting us. We are getting poorer and we will demonstrate if the matter is not solved,” Ojuka said.

“During this electioneering period, we will not elect leaders who cannot fight for us.”